For the third successive year, a CSU photography student has been named a finalist in the annual 2017 Sony World Photography Awards. 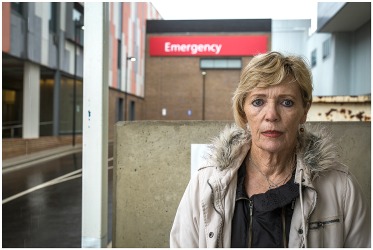 For the third successive year, a Charles Sturt University (CSU) photography student has been named a finalist in the annual 2017 Sony World Photography Awards.

Ms Tayla Martin, a final-year student in the CSU School of Communication and Creative Industries in Wagga Wagga, has been selected as one of 10 finalists from around the world in the Award's Student Focus category.

"It is also a great acknowledgement of our photography program in regional Australia, as I understand that the number of entries in the competition increased significantly in 2017.

"Tayla's photographic portfolio already demonstrates significant depth and diversity, which not only reflects her talent but also her tenacity, commitment, and passion for the medium. This recognition by Sony and the World Photography Organisation introduces Tayla as an emerging professional on the world stage. It honours her achievements as a student while forecasting many more accomplishments in her future photographic practice."

Ms Martin said, "I'm delighted to be selected as a finalist in this prestigious international photography competition.

"I grew up in Nyngan NSW, a relatively remote community of 2 500 people in regional Australia, where farming and mining are the two biggest industries. I moved to Wagga Wagga at age 18 to study a Bachelor of Creative Arts and Design (Photography and Graphic Design), and will graduate this year. I plan to enter postgraduate study in either Honours or Masters in 2018, with a focus on advocating for photography and the creative arts in regional Australia."

Dr Holcombe said the preliminary Sony competition brief this year was about 'recreating memories', and the image that Ms Martin submitted is titled 'Remission' (pictured).

"Tayla recreated the emotionally charged moment her mother emerged from hospital, having been told her cancer was in remission," he said. "The image's limited depth of field highlights her mother's somewhat confronting expression, which still retains much of the trauma of the experience that she had been through, yet also reveals a kind of bemused disbelief that she has been given the all clear.  The emergency sign in the background symbolises that while the urgency of the crisis is behind them, the experience is still not far away."

Ms Martin and each of the nine other finalists have won a high-end Sony digital SLR camera and are required to use it to shoot a series of photographs on the new theme 'capturing emotions'. These will then be judged to determine the winner.

"Tayla shot her finals assignment in the shearing sheds around her home town of Nyngan, and has assembled a very strong body of images which have been uploaded for judging by the international panel of experts in London," Dr Holcombe said.

As a finalist Ms Martin also receives a trip to London, accompanied by her lecturer Dr Holcombe, to attend the Sony World Photography Awards ceremony on Thursday 20 April where the winner will be announced. Her work will also be exhibited at Somerset House in London, and published in a large-format book documenting the exhibition. The prize for the winner of the Student Focus category is €30 000 worth of Sony equipment for the student's School.