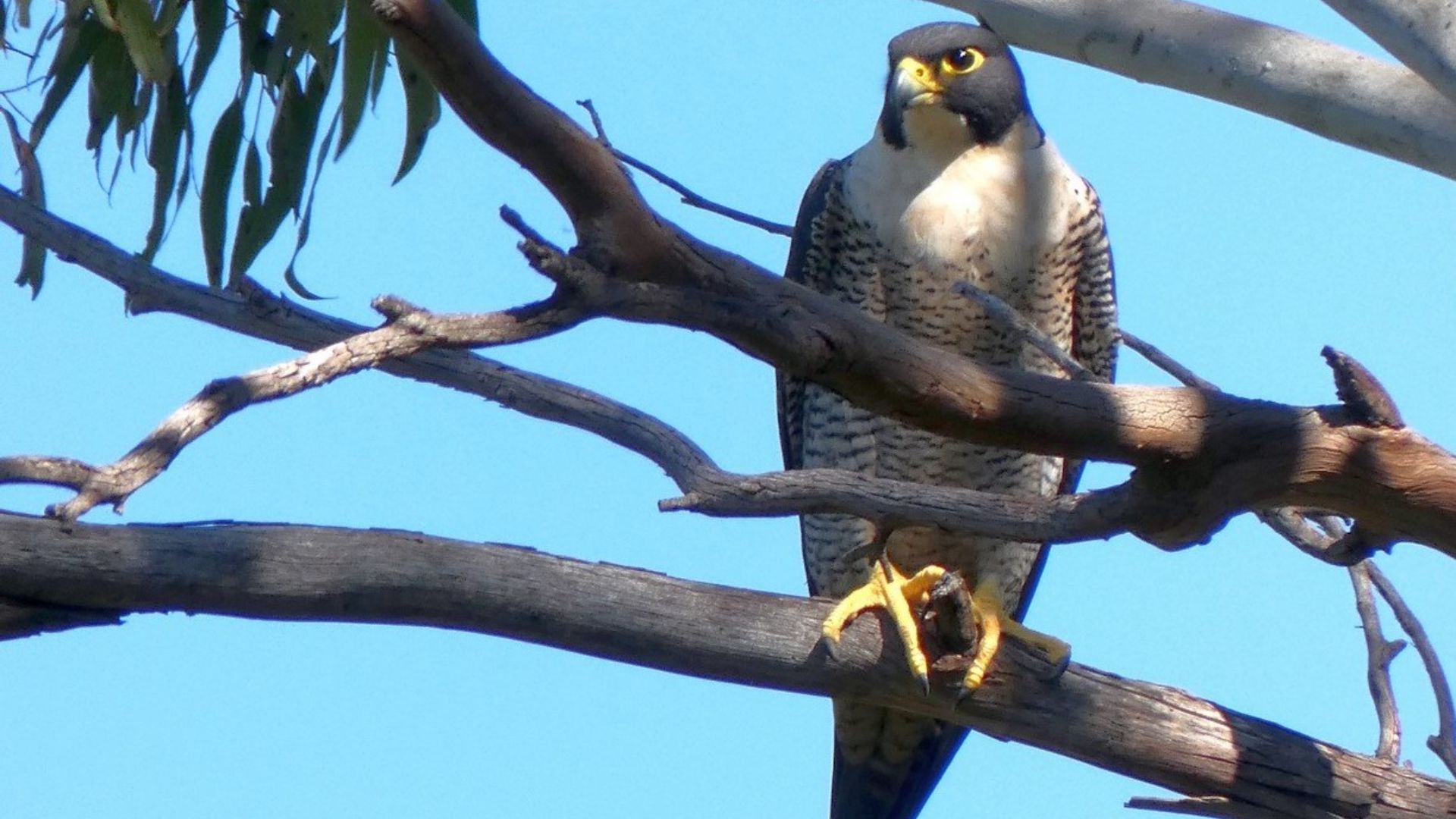 A pair of falcons that have their every move live-streamed as they nest in the water tower at Charles Sturt University in Orange have laid three eggs for Spring 2021.

A pair of falcons that have their every move live-streamed as they nest in the water tower at Charles Sturt University in Orange have laid three eggs for Spring 2021.

Dr Cilla Kinross, Adjunct Lecturer in environmental management in the Charles Sturt School of Agricultural, Environmental and Veterinary Sciences in Orange, said this is a positive development but does not mean all three eggs will hatch or that all the chicks will grow to maturity. 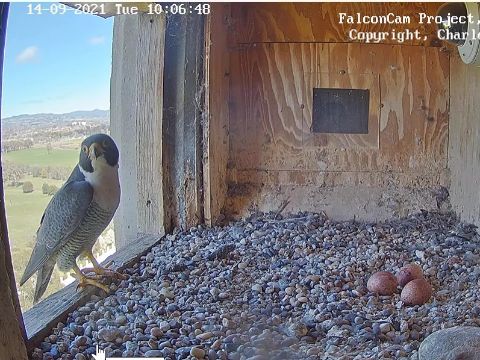 “We now have to wait for them to hatch in about 34 days, then fledge in about another 42 days,” Dr Kinross said.

“Last year one egg was infertile, and only two hatched, and one youngster struggled to get out of the shell and died after two days.

“The other chick, Izzi, (meaning ‘mighty’ in Arabic) thrived, and in fact was still on campus on 10 August, but I think has left now after some stern warnings from his parents.”

The FalconCam Project is a study of the breeding behaviour and diet of peregrine falcons in Orange, in the central west region of NSW. The nest is in a box installed at the top of a water tower at the University. The nesting box contains three video cameras.

“To date, we have collected seven years’ worth of breeding behaviour data and nine years’ of prey data,” Dr Kinross said.

“The birds have been observed using the tower since 2007, breeding in the box for the past 12 years, with a maximum of three eggs and successful fledgings averaging 1.5 per season.”

The peregrine falcon is not endangered in NSW or in Australia, but it is an uncommon and iconic species with specific habitat needs, that came drastically close to extinction in some parts of the world due to pesticide poisoning.

“This project is unusual, as it is difficult to obtain behavioural data 24/7 in the field, and the project will add to the body of research into peregrine falcons’ behaviour and diet,” Dr Kinross said.

“With the cameras, we can follow the season’s activities in minutiae, observing not just the comings and goings, but all the interaction within the box. For example, when it is time for the male to stop incubation, he is sometimes reluctant to get up and she has to nudge him into action.”

“We can also record all the prey that is brought to the box, although this is usually not in the best condition for identification as it is often headless, tail-less, wingless and featherless.”

Dr Kinross said it is of particular interest to see whether the birds are selective in their choice of prey and how many individuals of introduced versus native provenance they take.

“Although cams are growing in popularity, not that many are used for scientific purposes,” Dr Kinross said.

“To my knowledge, the only other similar project has been in Albi, France, which I visited early in the project to learn about their methods. There is one other peregrine falcon cam in Melbourne, but the objective of that project is different.”

As there was last year, there will be a competition in October to name the chicks once they hatch.

People can keep up-to-date on the falcons and their eggs and help name the chicks via the FalconCam Project YouTube site.

Main photo: The female falcon ‘Diamond’ during a break from egg-minding, near the water tower at the University in Orange.

In-text photo: The male falcon ‘Xavier’ with the eggs in the water tower nest box.