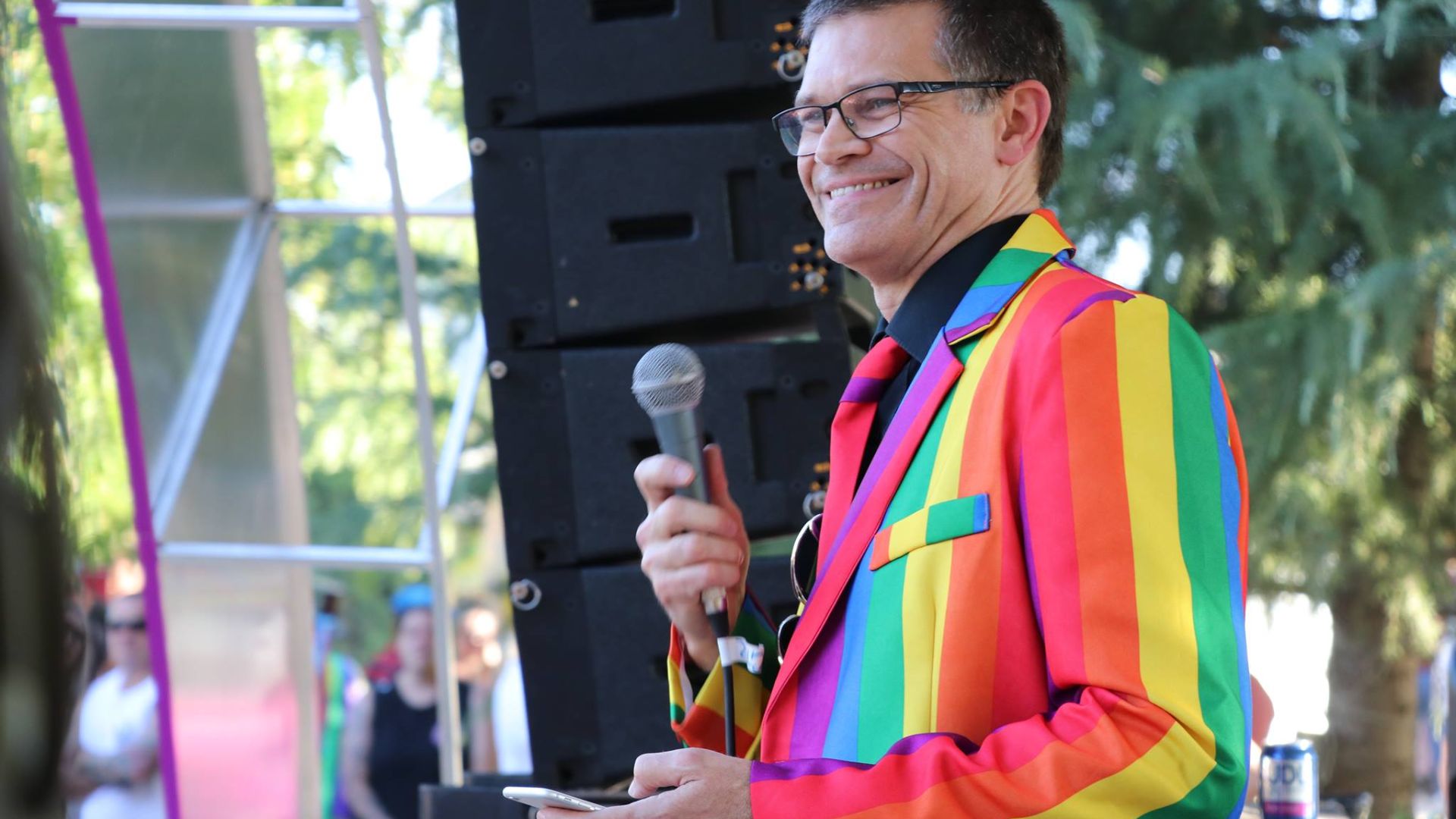 Cr Conkey said the "very difficult decision" was reached as council staff were in talks about how to protect the city from the spread of COVID-19.

Cr Conkey said a number of events, including the Mardi Gras of which Charles Sturt University is a sponsor of and had staff and students preparing to march tomorrow, were being cancelled or reconsidered in the midst of the health crisis.

Wagga Mardi Gras is expected to be postponed until 2021.

Previous: Charles Sturt University staff, students and alumni are in the final preparations for this weekend’s Wagga Wagga Mardi Gras.

The event has grown to encompass three days of activities and Charles Sturt is proud to be involved again.

Charles Sturt renewed its sponsorship of the Wagga Wagga Mardi Gras last year and the University’s involvement with the event has grown since then.

Charles Sturt will have two floats in the parade, with multiple divisions in the University working on design, costumes, branding, registration and construction.

Staff and students will participate in a pizza party to make the rainbow mortar boards that will be worn by those in the Charles Sturt float in the parade.

The rainbow flag will be flown at the front gate of Charles Sturt in Wagga Wagga in the week leading up to the main event and during the festival.

“Charles Sturt University is committed to student safety and wellbeing and ensuring all students and staff feel welcome,” she said.

“The University participating in the Wagga Wagga Mardi Gras, which is a fantastic event for the community, sends a clear message to staff and students that Charles Sturt University is a welcoming environment, somewhere people can feel safe and free to be themselves.”

Director of the Office of Student Safety and Wellbeing Ms Kim Copeland said the Charles Sturt’s involvement with the Wagga Wagga Mardi Gras promoted the University as one where staff and students can bring their whole self to study or work.

“Charles Sturt University prides itself on being an organisation where you can bring your whole self to study, live and work,” she said.

Ms Copeland said the University has a focus on student safety and wellbeing and a range of services dedicated to support students, including the Ally Network, dedicated equity and diversity staff roles, sex and gender diversity training and visible signs around campuses and online to ensure the LGBTIQA+ community feels welcome.

“We are an inclusive organisation and our participation in the Wagga Wagga Mardi Gras is just one example of that,” she said.

“This is directly related to experiences of stigma, prejudice, discrimination and abuse on the basis of LGBTIQA+, and Charles Sturt wants to change that.

“Every student should be able to enter the learning environment focused on their study and feeling safe to be themselves.”

As a member of the LGBTIQA+ community who grew up in a regional area, Ms Copeland said she was aware of the importance of providing visible signs of support and was proud to work for an organisation that values inclusivity as much as she does.

Mr Hosking, who also goes by the drag name Miss Betty Confetti, praised the University’s staff and students for being accepting of the LGBTIQA+ community and ensuring they felt heard and welcome.

“I was embraced immediately for camp flare in education and the LGBTIQA+ community was visible from the moment I started by degree,” he said.

“With the inclusion of IDAHOBIT Day, it really cemented a visible presence at Charles Sturt University.”

Mr Hosking said Charles Sturt’s involvement with the Wagga Wagga Mardi Gras sent a clear message of the University’s values and promoted a safe environment for the LGBTIQA+ community on all campuses.

“While I’m not there, it means so much to so many people that we are doing this as it provides an accepting and encouraging platform for all ages to be themselves and to show love, which is so important to me.”

Charles Sturt staff, students, alumni, friends and family can register to be in the parade or help with decorating the float via the University’s website.

The parade will be held on Saturday 14 March and recovery breakfast and markets will be held at the Victory Memorial Gardens on Sunday 15 March.