Persevering through pathways to a PhD at CSU

From thinking university study was out of reach to embarking on her PhD studies, Ms Anita Poupa is proof that perseverance pays off.

From thinking university study was out of reach to embarking on her PhD studies, Ms Anita Poupa is proof that perseverance pays off.

As a high school student in Albury, Ms Poupa had hoped to study veterinary science at Charles Sturt University (CSU) in Wagga Wagga but then illness and absence from classes in her senior years meant her university admissions score was too low.

She said it was not a surprise that her application to study veterinary science was declined.

Ms Poupa said, "Then I received a call from Charles Sturt University about a new pathway course. I was told that if I completed it successfully I would be guaranteed entry into most undergraduate degrees, including animal science.

The new program was the CSU Diploma of General Studies, an innovative course run in partnership with TAFE to provide an alternate entry to university.

Ms Poupa was one of 24 students in the pilot pathway program in 2010. After completing the program, she graduated with a Bachelor of Animal Science in 2014, is now finalising a Bachelor of Science (Honours) and has been awarded a PhD scholarship to commence later this year. 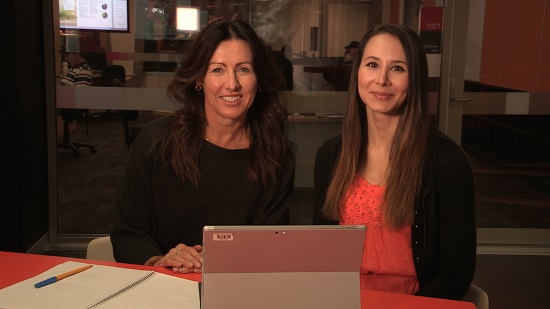 "Anita is the perfect example of why the pathway program was developed," Ms Smith said.

"Programs like these are so important, particularly in regional Australia where students are underrepresented in higher education compared to metropolitan students.

"The Australian Tertiary Admission Rank (ATAR) is an indicator of academic preparation rather than ability," said Ms Smith.  "So many students like Anita would miss out on the opportunities that a University degree can lead to if the ATAR was the only way to gain access to a university."

Ms Poupa commenced her studies with CSU in the initial pilot of the pathway program in 2010 with a University Admission Index (UAI) of 37.20 (now known as ATAR), as she wasn't able to gain entry into University through any other means.

Ms Poupa said, "It's important to know that there are always alternative routes to your desired destination.

"If you know where you want to go and what you want to be, the hard part is already done. But so many people struggle to find their calling.

"I was never the student with the best grades in school, I struggled more often than not just to keep up. The results you receive at school do not define the rest of your life or your abilities."

Ms Poupa attributes her success at university to the support of her parents. She also gives credit to her honours supervisor Dr Shokoofeh Shamsi from the School of Animal and Veterinary Sciences in Wagga Wagga for being 'integral' to her success.

Ms Poupa said, "It has meant so much to have the backing of someone like Shokoofeh and to have her believe in my abilities especially in times where I doubted myself.

"Importantly, the Charles Sturt University pathway program opened up doors to me that I thought were going to remain shut.

"The pathway program helped me so much in preparing for higher education as I have no doubt that I would have struggled had I not initially completed it.

"It is also very satisfying to see the friends I made in pathways go on to also receive university qualifications and now work in their dream jobs."

"Although I thought I wanted to do veterinary science at first, I ended up finding a more suitable calling in animal science along the way.

"Even if students only have a general idea of the direction they want to go in, that's a great start because you can assess the options laid out in front of you and have a crack at what interests you as you go along."

Ms Smith said, "Anita is just one of more than 570 students who have completed the pathway program since it began in 2010. The program has grown bigger each year and is now offered in four locations. Our pathway students are now starting to graduate from their degrees. It's wonderful to see."

CSU offers a number of pathways or an alternative way of getting into University. Read more here.

CSU student Ms Anita Poupa is based at CSU in Wagga Wagga. Photos are available from CSU Media.

Director, Academic Success with the University's Office for Students Ms Liz Smith, who is based at CSU in Bathurst, is available for interview.

Ms Anita Poupa went to high school in Albury but now lives in Wagga Wagga where she studies and works in the CSU School of Animal and Veterinary Sciences.

She completed a Bachelor of Animal Science in 2014 and is finalising a Bachelor of Science (Honours) with research into the taxonomy and diversity of parasitic roundworms from marine fish from New Caledonia.

Ms Poupa has been offered an Australian Postgraduate Award and hopes to start a PhD at CSU later this year.

Ms Poupa works as a laboratory demonstrator and tutor for the parasitology subjects taught to students studying animal and veterinary sciences.

She is also member of the Australian Society for Parasitology and in 2015 presented her research at a joint conference for Australian and New Zealand Societies for parasitologists in Auckland.