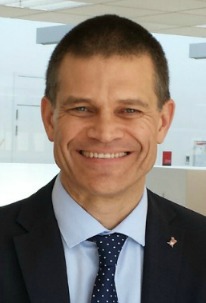 Professor Vann said International Women’s Day is an annual day to reflect, raise awareness, and act on issues of gender inequality that persist in Australian society.

“Charles Sturt University is committed to providing a safe and equitable work environment that recognises the contributions of all staff,” Professor Vann said.

“We are a values-driven institution that is committed to inclusiveness and the benefits that brings to our students, staff and communities.

“I am proud to lead an organisation which supports women and recognises their capacity to make significant contributions at all levels.

“In 2017, the gender pay gap at CSU was 14.6 per cent. While this is a significant improvement on the previous year, it is still far too high.

“Today, I am proud to announce that I have become a WGEA Pay Equity Ambassador by signing the pledge below.” 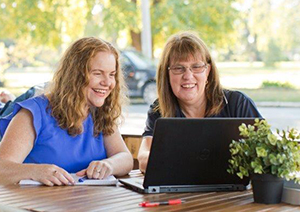 ‘That is why my organisation analyses and monitors our pay and talent management data, and takes action to address any inequalities that are found.

‘I also set the expectation among people managers that they address gender bias in their decision-making.

‘I do this because I know we can’t attract and retain the best people and improve workplace productivity if there’s any unfairness or perception of unfairness in our workplace.

‘I encourage all business leaders to take the first step. Equal pay is in our hands.’

Professor Vann said work has begun on a CSU Gender Equity Strategy, to be finalised later this year. This will outline the strategic direction of the University in gender equity, to ensure CSU remains insightful, inclusive, impactful and inspiring. 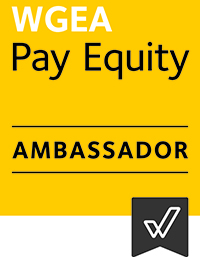 - Constant review of relevant policies and procedures to eliminate bias and ensure inclusiveness for all, including a new promotion process implemented in 2015.

- CSU’s Leadership Development for Women (LDW) has been running for more than a decade, which, through a range of initiatives, has provided many opportunities for women to advance their career through training, networking, mentoring and scholarships.

- Programs created and implemented aimed at reducing discrimination and promoting inclusivity, such as the Ally program, Racism: It Stops with Me, Courageous Conversations training, and the Respect. Now. Always campaign.

- Application for the Athena SWAN Bronze Institutional Award, via involvement in the Australian Science in Australia Gender Equity (SAGE) Pilot, with a focus on enhancing gender equity in the areas of science, technology, engineering, mathematics and medicine (STEMM).

- The three current CSU Deputy Vice-Chancellors are women, as is the Chancellor.

- The gender composition of CSU overall is 64.9 per cent females, and 35.1 per cent males.

- 122 of our Managers (CEO, key management personnel, general managers, senior managers, other managers) are female, and 103 are male.

- 60.6 per cent of employees awarded promotions were women, and 39.4 per cent were men.