CSU will soon boast one of the largest rooftop solar energy systems in Australia as the University continues to reduce its environmental footprint. 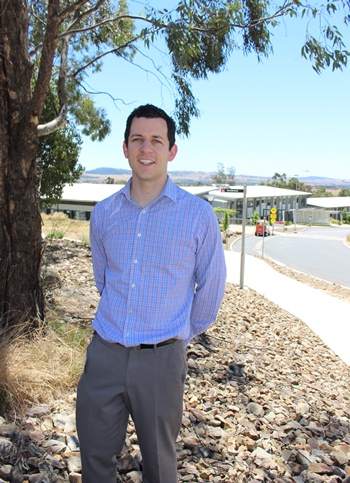 Charles Sturt University (CSU) will soon boast one of the largest rooftop solar energy systems in Australia as the University continues to reduce its environmental footprint.

CSU has signed a contract with solar company, Todae Solar, for the design, construction and installation of more than 6 000 panels on University buildings in Wagga Wagga.

"The forecast annual output from the system of 2,618,184 kWh represents 18.7 per cent of the University's electricity consumption in Wagga Wagga," Mr Maher said.

CEO of Todae Solar Mr Danin Kahn said, "We are delighted to be the successful tenderer for this project as it builds on our company's profile as Australia's leading commercial solar installer."

The announcement of the new contract follows the declaration earlier this year of CSU as Australia's first of Carbon Neutral university.

Mr Maher said, "What is also significant is that the new system will not involve any significant capital funding by Charles Sturt University and will result in cheaper power in its first year. This is despite our existing low electricity tariffs and the absence of any unique government subsidies or grants.

"Given these early savings, I believe it marks a new phase in the financial viability of renewable energy on a large commercial scale which is another step towards a clean energy future."

The 6 012 panels, which would cover an entire football field, are expected to be on-site by March 2017 and fully commissioned four months later.

"Like Charles Sturt University, any organisation considering a solar or energy efficient solution should develop the business case as the first step.

"Once the design is right and quality equipment sourced from a good supplier, finance can be typically arranged with no upfront capital required, so the solution is cash-flow positive from the start."

The solar energy project at CSU has involved three years of planning and consultation including a competitive tender process, involving support from Solar Choice ( www.solarchoice.net.au/ ), a specialist in solar energy procurement.

CSU intends to follow a similar process for renewable energy generation across its campuses.