At its graduation ceremony in Parramatta on Monday 10 December CSU conferred the title of Emeritus Professor on an academic leader who is an outstanding role model.

* Conducted multiple research projects on professional practice, and produced over 240 publications including 27 books in the past 10 years

* Her leadership in scholarship projects enabled others to produce over 1,500 publications 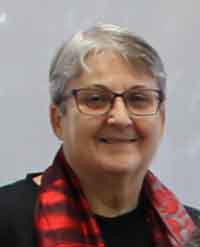 At its graduation ceremony in Parramatta on Monday 10 December Charles Sturt University (CSU) conferred the title of Emeritus Professor on an academic leader who is an outstanding role model.

Professor Joy Higgs, AM, (pictured) was honoured for her expertise, leadership, and generosity to CSU and many other higher education institutions.

She was invited to concurrently take on the position of founding Director, The Education for Practice Institute (EFPI) in recognition of her extensive leadership and expertise in higher education and professional practice.

She commenced these positions in 2007 and carried out both roles until 2017. From 2017 to July 2018 Professor Higgs held the position of Professor in Higher Education at CSU working with the Deputy Vice-Chancellor (Academic) and the Pro Vice-Chancellor (Learning and Teaching) with a major role of developing quality assurance processes at the University.

Professor Higgs contributed to CSU for many years prior to joining the staff as a member of the Physiotherapy External Advisory Committee, graduation speaker, course presenter, and staff appointment panel member.

During her tenure Professor Higgs has made an outstanding and exemplary contribution to the University and the wider scholarly and professional communities. Her research and scholarship centres have inspired the work of academics across and beyond the University, and have prompted other international institutions to establish similar centres.

During her tenure as Strategic Research Professor, Professor Higgs was awarded two fellowships, received an ALTC citation and a Vice-Chancellor’s Excellence Award for supervision, supervised numerous postgraduate research students, and conducted multiple research projects on professional practice. She also produced over 240 publications including 27 books in the past 10 years, adding to her already extensive publication record.

In 2010 she was awarded an Australian Learning and Teaching Council (ALTC) Fellowship, titled ‘Practice‐Based Education: Enhancing Practice and Pedagogy’. The Fellowship program produced a model of practice-based education pedagogy that laid the foundation for continued pursuit of good practice‐based education practices in CSU, across Australia and internationally.

Professor Higgs has continued working at a national leadership level in higher education through her participation in the Australian Learning and Teaching Fellows Network, including production of national quality education statements.

In 2015 Professor Higgs was appointed a Principal Fellow of the Higher Education Academy, UK.

Professor Higgs’ ongoing generosity and collegiality across her professional practice and academic communities has been a significant feature of her career. This has included extensive support for the career enhancement and advancement of colleagues such as her 40 postgraduate research students, many of whom have become senior academics including two Deans, one Deputy Dean, four Heads of School, and two Directors of Institutes at CSU in particular.

Through her leadership in scholarship projects she has invited and enabled others to produce over 1,500 publications.

Many staff from CSU and beyond have been invited to participate in multidisciplinary textbooks led by Professor Higgs and her team, including Vice-Chancellors Ian Goulter and Andrew Vann, Deputy Vice-Chancellor Ross Chambers, and the Presiding Officer of Academic Senate, Professor Jo-Anne Reid. These collaborations have played an important part in strengthening academic scholarship at CSU and leadership across international communities of practice.

Professor Higgs retired from CSU in July 2018, and her commitment to Charles Sturt University continues after her retirement with ongoing doctoral student supervision, book publications, research, and community engagement.

Professor Joy Higgs has worked in higher education in Australia and overseas for over 35 years, for the past 25 as a Professor at The University of Sydney and Charles Sturt University.

She was recognised for her outstanding academic leadership in 2004 by her appointment to the Order of Australia as a Member of the Order (AM) for service to health sciences education, in recognition of her contributions to course development, scholarship, research, and academic leadership.

Charles Sturt University, the other universities where she has been employed, and the many other institutions where she has held honorary appointments have significantly benefitted from her expertise, leadership, and generosity.

The University has enormous respect for Professor Higgs’ contributions. She has been an outstanding role model as an academic leader and is deserving of the title of Emeritus Professor.

Professor Higgs received her honour of Emeritus Professor at the CSU graduation ceremony at St Patrick’s Cathedral in Parramatta, Sydney, at 9.30am Monday 10 December 2018.