Three CSU ecologists have joined a national group of scientists calling for rapid and humane control of feral horses, or brumbies, in Kosciuszko National Park. 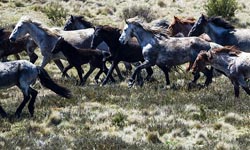 "The control of feral horses is essential for the iconic park to continue its primary role in conserving biodiversity in Australia's high country," said Professor David Watson, a senior ecologist and researcher with the University's Institute for Land, Water and Society.

The CSU scientists - Professor Watson, Dr Dale Nimmo and Dr Alison Matthews - along with nearly 40 other senior scientists signed an open letter to the NSW Premier calling for the need to rapidly reduce Kosciuszko brumby numbers to minimise the damage they are doing to Australia's ecologically fragile high country.

It comes as submissions on the brumby cull plan to the NSW Government closed last Friday 19 August. 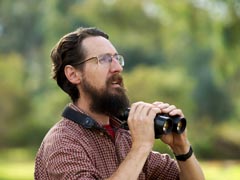 "We understand culling is a controversial proposal, as there is some history around the brumby in the high country," Professor Watson said.

"However, any needs of feral horses, which have been around for less than 200 years in the Alps, should be trumped by the needs of native animals such as the endangered Corroboree Frog and plants such as the Alpine She-oak, which have lived over millions of years in this environment.

"Because our national parks take such a small area we should dedicate those areas to just native species. Feral horses don't belong in these internationally-significant reserves," Professor Watson said.

The open letter supports the plan by the NSW National Parks and Wildlife Service for brumbies to be culled rather than trapped and removed for 're-homing', reducing the current population from 6,000 to 600 in 20 years.

"Despite being outlawed in NSW in 2000, aerial shooting is the most humane and effective way to reduce horse numbers, especially in remote and difficult to access areas like the Australian Alps," Professor Watson said.

"Furthermore, the New South Wales government has the legal powers to act immediately, as retaining wild horses in wilderness areas is contrary to Section 9 of the 1987 Wilderness Act.

"We need to act now and rapidly decrease this population, or our native animals, plants and waterways will suffer even more," he concluded.

Professor David Watson, based at CSU in Albury-Wodonga, is available for interviews and pictures. He signed this open letter to NSW Premier Mike Baird.