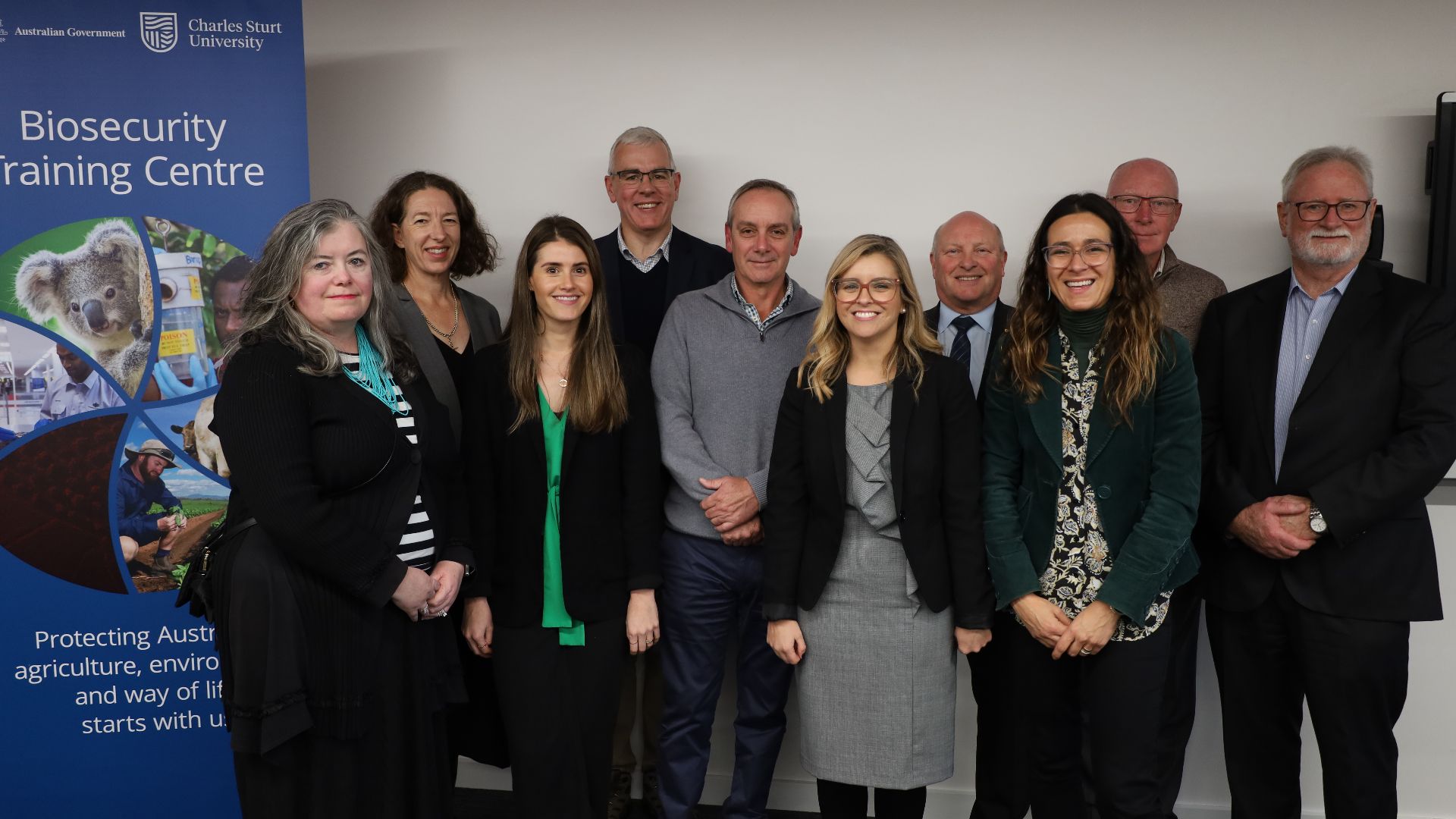 It was announced in April that the University’s staff will train more than 300 biosecurity officers in the BTC’s first year of operation, helping to build a skilled, future-ready Australian workforce in biosecurity.

The BTC is operated by the Department of Agriculture, Fisheries and Forestry (DAFF).

“On behalf of Charles Sturt University, I welcome this first group of trainees to Biosecurity Training Centre and our Wagga Wagga campus and region.”

“The first programs delivered by the BTC will provide new starters to biosecurity with the foundational knowledge and skills essential for their roles managing biosecurity threats,” Mr Metcalfe said.

“We’re delighted to be working with Charles Sturt University, a leading university with a strong record of innovation, collaboration with government, and a reputation for excellence in rural and regional fields of study.”