The science of cereals

International and Australian scientists focussed on improving and developing the quality of one of the staple foods of life for animals and humans  cereals - will meet at CSU later this month.

International and Australian scientists focussed on improving and developing the quality of one of the staple foods of life for animals and humans – cereals - will meet at Charles Sturt University (CSU) later this month.
The Australian Cereal Chemistry Conference 2009 will be held at CSU at Wagga Wagga from Monday 28 to Wednesday 30 September.
“This is the first time in about two decades that the national conference has been held in regional NSW and it has been more that four decades since the conference was last held in Wagga,” said Conference Chairman and Senior Lecturer at CSU, Dr Chris Blanchard.

“I‘m delighted that not only will the conference be held in regional Australia but that it will be held in the heart of the thriving agricultural region that is the Murray Darling Basin.
“On top of the region’s rich history in cereals, the area also plays host to a critical mass of cereal science researchers at CSU, Industry & Investments NSW and the EH Graham Centre for Agricultural Innovation,”  said Dr Blanchard.
The theme of the Australian Cereal Chemistry Conference 2009  is ‘Quality Science for the Country’.
“The quality of cereals has major implications for human health and profitability,” said Dr Blanchard.
“The prices that farmers received for their cereal crops will be determined by quality. For example, wheat with high proteins levels suitable for bread production attracts a much higher price than wheat for biscuit production.
“The structure and composition of cereal products can have a major effect on human health. One example of this is that understanding the proteins which cause coeliac disease will allow the development of treatments as well as new foods that are safe for people who suffer from the condition.”
Topics to be covered during the three days include: Grains and Health, Genetically Modified Grains, New Technologies, Environmental Influences on Grain Quality, and the Future of Food Grains. 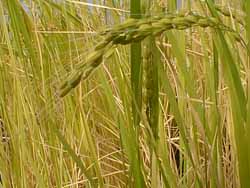 The conference will hear from cereal scientists from Asia, North America, the United Kingdom (UK) as well as Australia. They include Professor George C Fahey Jr - Kraft Foods Endowed Professor of Nutritional Sciences from the University of Illinois in the USA. He will speak on ‘Dietary Fibres, Whole Grains and Health’ from 9.20am on Monday 28 September.
‘Genetic Modification of Cereal Grain Carbohydrates for Food, Feed and Improved Human Health’ is the topic of Professor Ravindra N Chibbar from the Department of Plant Sciences at Canada’s University of Saskatchewan.
Dr Grant M Campbell, from the Satake Centre for Grain Process Engineering at the University of Manchester in the UK, will address the topic ‘Breaking With Tradition: Roller Milling of Wheat’ from 1.30pm on Tuesday 29 September.
A full conference program can be found here.
To mark the close of the conference, the F B Guthrie Medal will be awarded by the Royal Australian Chemical Institute Incorporated (RACI) on Wednesday 28 October from 4.15pm to 5.15pm. The F B Guthrie Medal is the RACI’s Cereal Chemistry Division’s highest award. It is presented triennially in recognition of meritorious services to cereal chemistry in Australia or New Zealand.
Through sponsorship from Charles Sturt University’s School of Biomedical Sciences and the School of Dentistry and Health Sciences, students studying for the Bachelor of Health Science (Nutrition and Dietetics) and Bachelor of Health Science (Food and Nutrition)  will be able to attend the conference to hear about the latest international research and meet leading scientists from across Australia and overseas.
A tour of the Murrumbidgee Irrigation Area (MIA) will be held after the conference on Thursday 1 October. It will include visits to the Yanco Agricultural Institute, a winery and SunRice. Full details of the tour are available here.