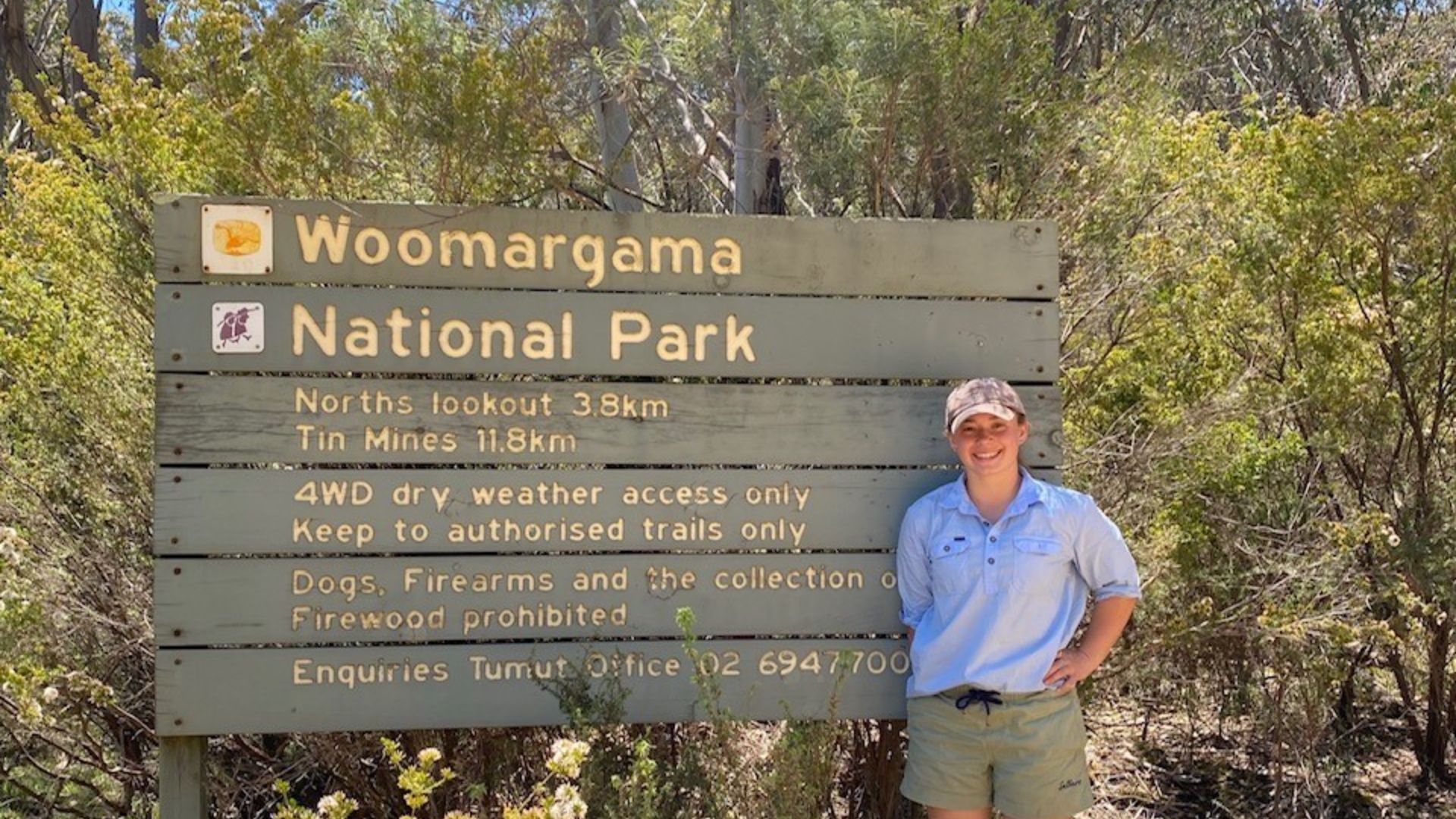 With the UN World Wildlife Day on Thursday 3 March, a Charles Sturt University Honours student’s research is contributing to protection of one of Australia’s ‘vulnerable’ species.

With the UN World Wildlife Day on Thursday 3 March, a Charles Sturt University Honours student’s research is contributing to protection of one of Australia’s ‘vulnerable’ species.

Ms Mikayla Green (pictured), a fourth-year Bachelor of Animal Science student completing Honours in 2022, has been studying in the Charles Sturt School of Agricultural, Environmental and Veterinary Sciences in Wagga Wagga since moving to Australia from New Zealand in 2019.

Ms Green’s honours research is part of research at the new Charles Sturt Gulbali Institute of Agriculture, Water and Environment and is supported by Murray Local Land Services through funding from the Australian Government’s Bushfire Recovery Program.

She is assessing the impact of the 2019/2020 bushfires on Greater Gliders in Woomargama National Park, in southern NSW, ‘the largest protected area of forest west of the Great Dividing Range’.

“I have been learning all about Australia’s flora and fauna throughout my studies and am now completing my Honours research project in ecology,” Ms Green said. 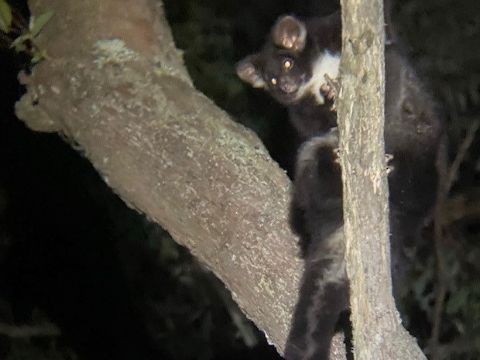 “Greater Gliders (pictured left) are arboreal mammals with the ability to glide up to 100 meters through the air from tree to tree. They are Australia’s largest gliding mammal.

“They are nocturnal and will spend most of the night foraging on leaf tips high up in the canopy of old growth forests, and during the daytime they spend their time sleeping in the hollows of trees where they are safe from predators.

“They are characterised by large fluffy ears, a long tail and come in two colour variations (light and dark), and some people will refer to them as ‘flying koalas’ due to their large fluffy ears, eucalypt diet and gliding capabilities.”

Ms Green is also a wildlife rescue volunteer with WIRES and her research is being supervised by Associate Professor in Ecology Dale Nimmo.

Ms Green explained that Greater Gliders were once a widespread and abundant species that are highly dependent on old growth forests and make use of hollows in the trees, but a combination of logging, fire, climate change and habitat degradation has seen a decline in population numbers and they are listed as ‘vulnerable’.

“They have a very specific folivore diet (that is, they eat only leaves and occasionally flowers) which results in them mainly occupying the canopy where the new leaf tips are growing,” she said.

“Therefore, when bushfires occur this results in habitat loss and fragmentation which is detrimental to this species.”

Through the recent summer Ms Green has been completing the fieldwork portion of her Honours project which involves spotlighting for arboreal mammals within the national park.

“I am using the ‘double observer’ method of research which involves two people ─ fellow honours student Lucy Wright and me ─ walking 32 set transect lines each 300 meters long, with a spotlight to look for wildlife eyeshine in the trees.

“Once a bright light is shone directly towards a greater glider their eyes light up in a bright and yellowish shine. After eyeshine has been detected, the species of animal is recorded, as well as its location and any other specific relevant information.”

Ms Green emphasised that there is still a lot of work and statistical analysis to complete until conclusions can be drawn from the data.

“So far, the data is indicating that Greater Gliders are in much higher densities in the unburnt areas of Woomargama National Park compared to those areas which have been impacted by burning.

“I also hope that through media recognition my research brings attention to the vulnerability and variety of endemic animals we have here in Australia.”

To arrange interviews with Ms Mikayla Green contact Bruce Andrews at Charles Sturt Media on mobile 0418 669 362 or via news@csu.edu.au