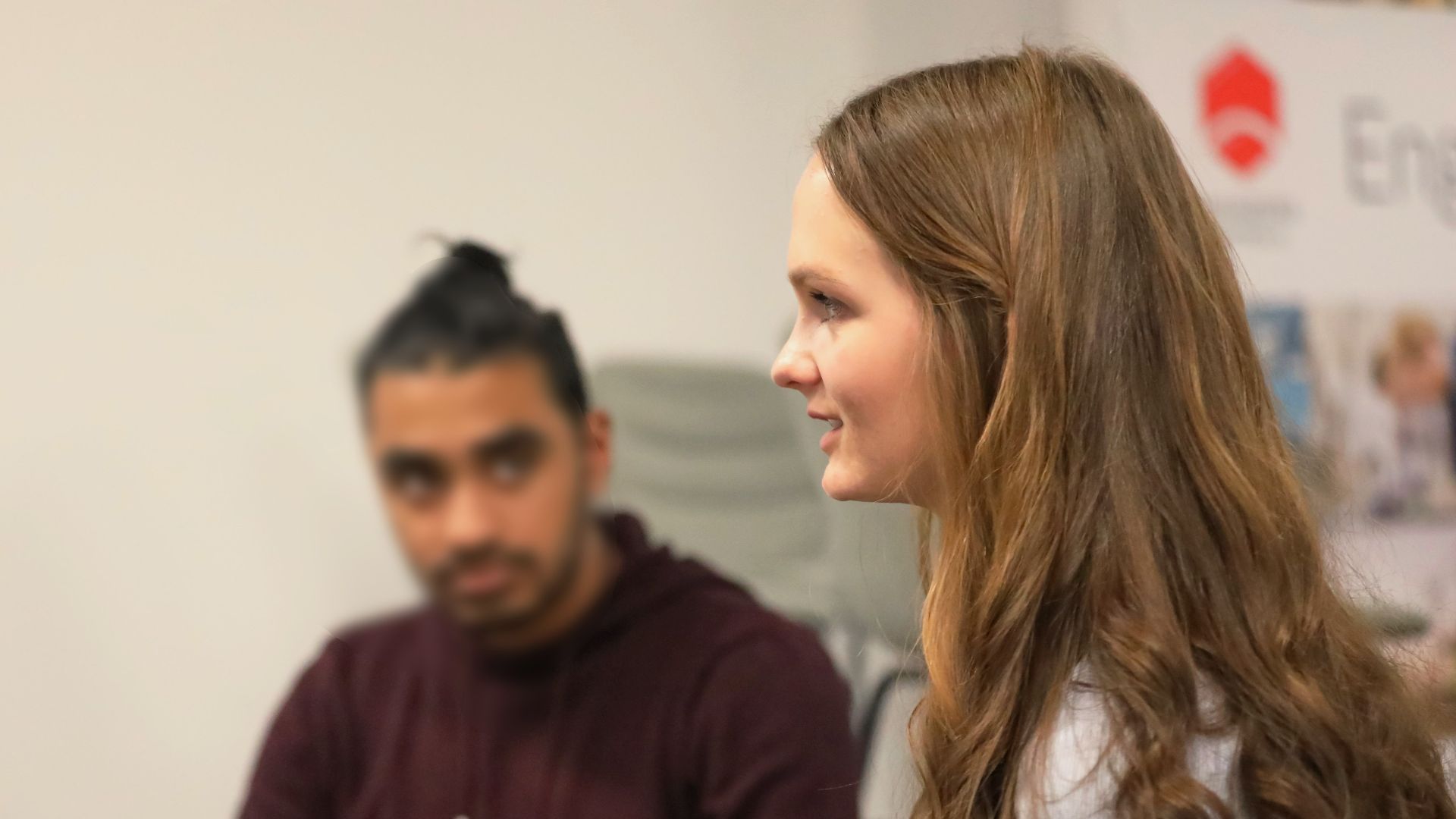 Ms Miranda Swift (pictured) from Lithgow NSW is currently a third-year student in the Charles Sturt School of Computing, Mathematics and Engineering studying remotely the double Bachelor of Technology (Civil) and Master of Engineering (Civil).

Early in 2021 at the beginning of her second year of engineering studies at Charles Sturt and while working at Bathurst engineering firm Calare Civil, Ms Swift was awarded the 2020 Women in Engineering scholarship from Engineers Australia (Sydney Division), the profession’s peak body in Australia.

Ms Swift said the scholarship awards recipients a place on the Women in Engineering committee where they are expected to propose an initiative to attain, retain and sustain females in the industry.

“With the two other scholars who co-designed the program ─ Clarissa Luk, a space engineer and law student from Perth, and Jamie Byrnes, a biomedical engineer from Newcastle ─ we came up with a unique mentoring program called ‘Hustle’ which we then proposed to Engineers Australia,” she said.

Ms Swift explained that rather than being a traditional mentoring program with a mentor and mentee, the program idea is based on ‘an ecosystem’ where three participants are grouped together to grow from each other’s experiences. The program also aims to inspire career pathways.

“The ‘Hustle’ program concept involves a high school student, a university student and an industry engineer brought together to meet, reflect and participate in workshops focused on key ideas women have to overcome within this male dominated industry,” she said.

“The groups of three will be connected with keynote speakers in the industry, have opportunities to network and get industry experience, be supported and guided as they undertake their studies and work, and be provided with the resources to advance a career in engineering.”

The ‘Hustle’ logo was designed by Ms Swift.

“It depicts me (a civil engineer, and youngest of the three) and Clarissa, a space engineer and law student, and Jamie, a biomedical engineer,” she said.

“Hustle is a pilot mentoring initiative being tested in 2022/23 as part of Engineers Australia’s schools engagement programs focussed on inspiring female students, and providing ongoing support through HSC preparation and on to their university journeys,” she said.

Concurrent with her studies, Ms Swift is also working full-time at a national engineering consultancy, Northrop, in their Newcastle office. Here she specialises in civil design while also securing a seat on the climate action task force, working across the company to reduce the impact of construction and development on surrounding habitat.

She also has a strong passion for flying and has recently become involved with multiple groups within aviation and is currently working towards her recreational pilot’s license.

Applications for the next Engineers Australia 'Hustle' program will open towards the end of 2022.

To arrange interviews with Ms Miranda Swift contact Bruce Andrews at Charles Sturt Media on mobile 0418 669 362 or via news@csu.edu.au