CSU academic inspired by other women

A CSU academic has spent International Women’s Day with esteemed company as a finalist in the 2018 NSW Women of the Year Awards in Sydney.

A Charles Sturt University (CSU) academic has spent International Women’s Day (IWD) with esteemed company as a finalist in the 2018 NSW Women of the Year Awards in Sydney. 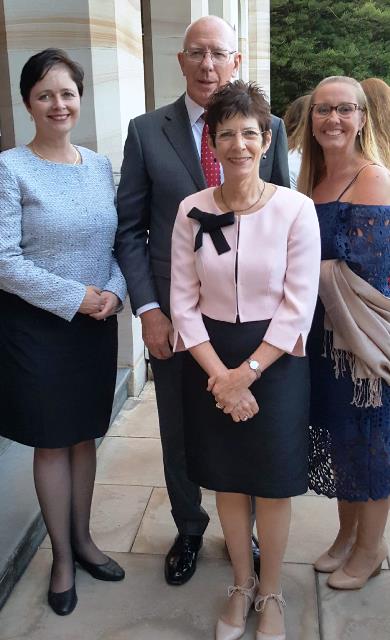 Associate Professor Faye McMillan is a Wiradjuri woman and Director of the University’s Djirruwang Program which focusses on the CSU Bachelor of Health Science (Mental Health).

“I had an amazing morning at the awards breakfast in Sydney, and while I did not come away with an award, I have been further inspired by the contributions made by all the finalists.

“I’d like to congratulate the category winners, with a special congratulations to Wiradjuri woman Aunty Norma Ingram on her Lifetime Achievement Award.”

She graduated from CSU in 2017 with a Doctorate of Health Science and has qualifications in Indigenous health and pharmacy. In 2017, the CSU academic was listed in the Who's Who of Australian Women, and was recognised in 100 Women of Influence in 2014.

Read the winners in the 2018 NSW Women of the Year Awards here.

Associate Professor Faye McMillan is the Director of the Djirruwang program in the CSU’s School of Nursing, Midwifery and Indigenous Health in Wagga Wagga.

The Djirruwang program focusses on the CSU Bachelor of Health Science (Mental Health), a specialist degree for Indigenous students to increase the number of Aboriginal and Torres Strait Islander mental health professionals in Australia.

Associate Professor Faye McMillan is due to return to CSU in Wagga Wagga on Monday 12 March. For further queries contact CSU Media at news@csu.edu.au