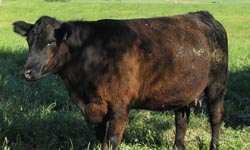 Dr Behrendt highlighted the growing demand for meat from Asia, mainly China, and Brazil as major drivers for global demand, trade and prices in red meat.

"Global lamb and beef prices increased in 2013 compared to 2010, however high retail prices and recent economic crises have reduced human consumption per capita in many developed economies and their markets," Dr Behrendt said.

"On the flip side, there have been dramatic increases in the demand for red meats, particularly for sheep meat and beef, in growing economies like China and Indonesia, with little resistance to increasing prices in China at the moment. This will have massive implications for global meat protein trade.

"In addition, agricultural reforms in Europe will have dramatic effects on European producer viability and we are likely to see significant changes to their overall production and industry structures in the future."

Closer to home, Dr Behrendt was concerned at how the Australian beef industry struggled in 2013, "which was mainly due to drought in northern Australia, lower cattle prices and higher production costs, especially for feed and agistment".

"In our analyses of 'typical' beef enterprises in Australia, only a feedlot showed long-term and short-term profits," he said.

"We also saw the importance of mixed farms as it was apparent that profits from cropping enterprises were propping up farms that had beef cattle on the farm."

This was despite results from the agri benchmark 2013 project showing Australia was a relatively low cost beef producer, along with South America and New Zealand.

On an more upbeat note, 'typical' enterprises producing sheep meat in Australia made short- to medium-term profits, and some even long-term profits. Australia again indicated it was a low cost producer of lamb, along with New Zealand and South Africa.

"Most of the world's livestock are grazed on grasslands, which can be managed sustainably by adjusting stock rates and management, introducing fertilisers, improved supplementary feeding practices and new plant species where economic to do so. Our research has shown that where grasslands are managed sustainably, there is great potential for grazing livestock to increase productivity and profitability," Dr Behrendt said.

"This includes grazing under trees in tropical countries, which show benefits for the environment and animal welfare as well as profits." This will be investigated further by the agri benchmark network.

The Australian part of the agri benchmark network is coordinated by Dr Behrendt and funded by Meat and Livestock Australia.