More than $200,000 in scholarships awarded to Port Macquarie students 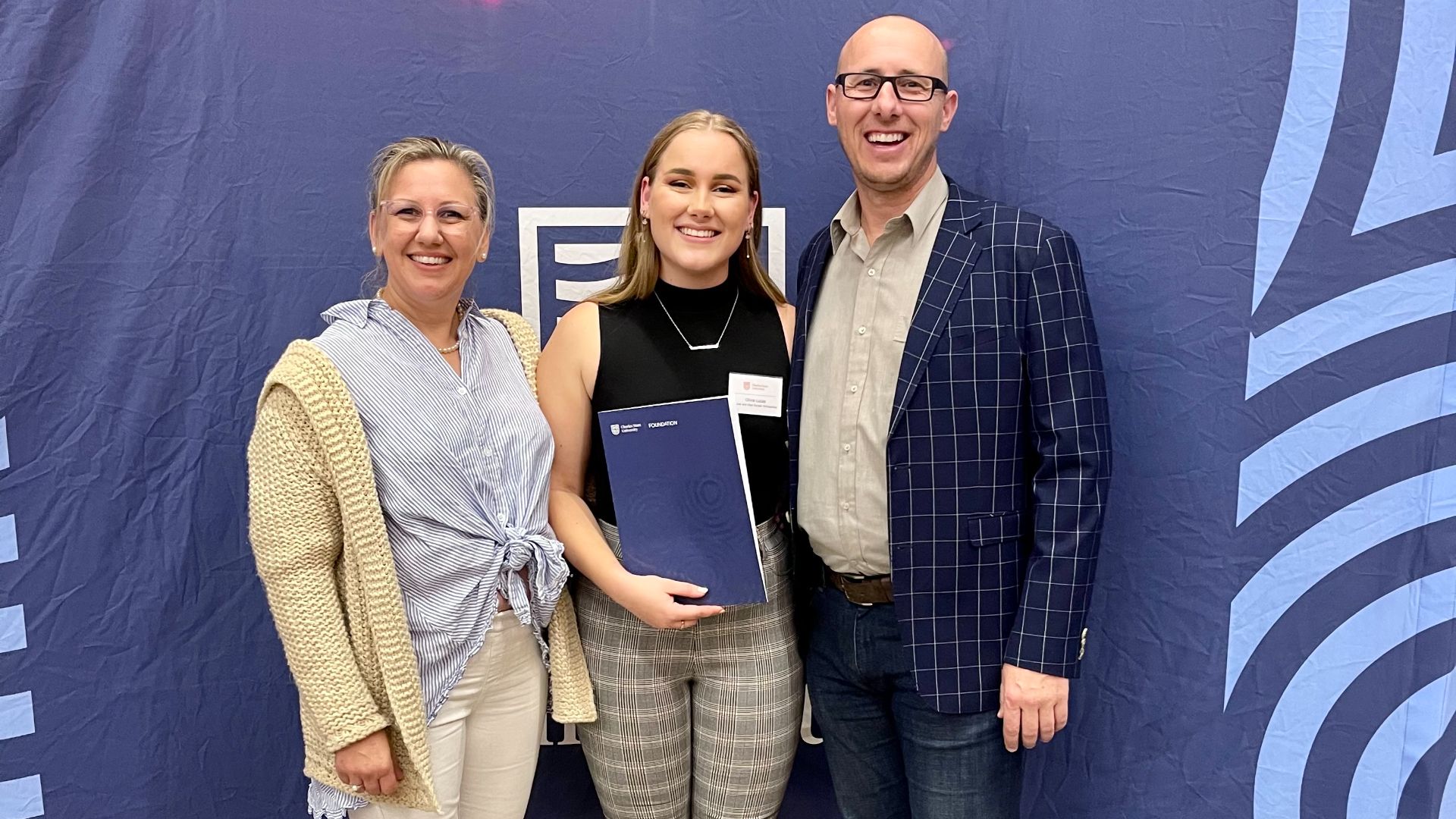 Students from Charles Sturt University in Port Macquarie were awarded $235,500 worth of scholarships at a ceremony held at the campus this week.

A number of Charles Sturt University students on the Mid North Coast now have one less thing to worry about thanks to the generosity of the University’s supporters and donors.

More than $1.8 million in scholarships has been awarded by Charles Sturt University, with $235,500 worth of scholarships awarded to students in Port Macquarie.

Final-year Bachelor of Physiotherapy student and father-of-three Mr Scott Thomas-Tong (pictured), who received this year’s Charles Sturt University Foundation Community Health Scholarship, is living proof of the significant impact the scholarships have on students and their families.

Originally from Perth in Western Australia, Mr Thomas-Tong moved to Port Macquarie more than a decade ago to give his kids a quieter lifestyle.

Shortly after the move, the then-human resources professional was made redundant and found himself looking for new career opportunities.

"I really wanted to make a personal difference to people and consulting in human resources for the last eight years was more business to business, which didn’t avail that,” Mr Thomas-Tong said.

"The inaugural physiotherapy offering at Charles Sturt University in Port Macquarie provided the perfect time to really learn to make a personal difference to people.

"But quite honestly, providing for a family of five on small acreage meant a four-year study commitment was going to be a stretch financially.”

Mr Thomas-Tong decided he was up for the challenge and enrolled in the course, but said it is the scholarships like the one he received at this year’s ceremony that kept him at university.

“We’ve been unsettled by drought, fires and floods and unexpected expenses like an uninsured car accident while I’ve been at university,” he said.

“We’ve been managing frugally, and learned a lot in that process, but without Charles Sturt University and the sponsors’ support, there were many times I had to consider withdrawing, so this scholarship really kept food on the table.

"To those who funded my scholarship, thank you for believing in me. You are lifesavers. I pledge my commitment to do all I can to enhance the health of our community and to inspire healthier lives.

“It’s been a tough, but such a rewarding journey.

“The scholarships and the University have paved my way forward on my new career and I could not have come this far without them.”

For more information or to arrange interviews, contact Rebecca Akers at Charles Sturt Media on 0456 377 434 or news@csu.edu.au