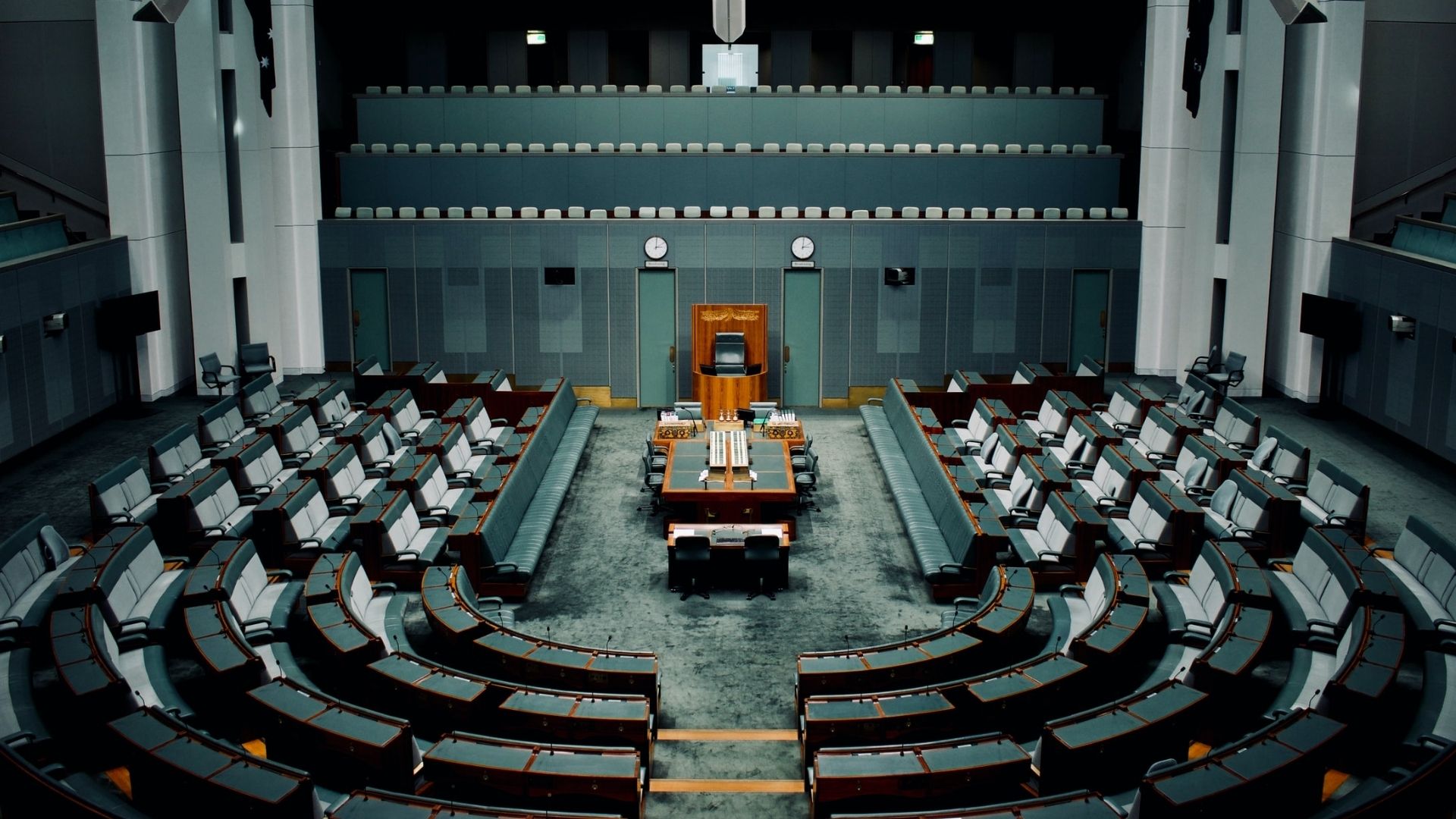 A new book by Charles Sturt University academic Dr Bede Harris argues that the Commonwealth constitution is so defective that we need an entirely new one, and his book ends with the draft of a new Constitution.

Constitutional Reform as a Remedy for Political Disenchantment in Australia: The Discussion we need by Dr Bede Harris, Senior Lecturer in law at Charles Sturt University, will be launched 11am-12.30pm Friday 11 September by former Liberal Party leader and federal Leader of the Opposition, Dr John Hewson.

Dr Harris argues that the Commonwealth constitution is so defective that we need an entirely new one, and his book ends with the draft of a new Constitution.

“Surveys have consistently shown that there is profound discontent with the way Australia is governed, to the extent that the public has become disillusioned with democracy itself,” Dr Harris said.

“This is a product of defects in the Constitution, and only comprehensive constitutional reform can restore faith in the institutions of government.”

Dr Harris said at the root of this lies the fact that the Constitution was drafted without any thought as to what values should underlie it.

“The approach of delegates to the constitutional conventions of the 1890s was wholly pragmatic. Their only concern was to craft a deal that would be politically acceptable to the various colonies,” he said.

“What is needed is a wholesale review of the Constitution, taking human dignity as an underlying value. This means that the autonomy and equality of each citizen should be respected, and that the power of the state needs to be effectively controlled.”

Dr Harris said that Australia needs a new electoral system, designed to ensure that votes are more proportionately allocated between parties and to prevent the situation where a government comes to power with a minority of the nationwide vote.

“Such a system would also finally break the harmful Labor-Coalition duopoly that dominates Australian politics, and the almost inevitable need for coalition government would make politics less adversarial and more consensual,” he said.

He also said that the Constitution should contain a bill of rights protecting the full range of rights contained in the international human rights documents Australia has undertaken to uphold. Dr Harris rejects the idea that a law is valid simply because it has been approved by a majority.

“We all condemn the denial of human rights occasioned by apartheid in South Africa, where a 20 per cent white minority enacted laws that oppressed the remaining 80 per cent of the population. Would our judgment be any different if a 51 per cent majority had enacted similar laws oppressing a 49 per cent minority?” he asks.

Dr Harris is critical of failures in what he refers to as “so-called ‘recognition’ of Indigenous people”.

“A constitution is not the place to ‘recognise’ things. It is a document that creates rights and duties. Merely recognising that Indigenous people exist is to reduce the issue to mere symbolism,” he said.

Dr Harris argues that genuine satisfaction of the claims of Indigenous people requires that the constitution should recognise that Indigenous peoples have a right to self-determination and should provide for institutions of self-government.

He said that the Bill of Rights should include a right not to be discriminated against on grounds of race, and a right to the protection and promotion of Indigenous cultural rights.

Dr Harris said that parliamentary control over the executive is inadequate.

“Currently Labor and the Coalition shield each other from effective scrutiny so as not to become subject to it when next in power, as was shown by Labor’s failure to pursue the former Coalition government over the Children Overboard affair. The constitution should give every committee member of parliamentary committees the right to compel members of the executive to attend and answer questions, with refusal leading to contempt proceedings being taken in the courts”, he said.

Dr Harris also calls for the abolition of the federal system.

“Federalism is both unnecessary and wasteful, costing the economy an estimated $58 billion per year. There is no rational basis for the existence of the states – they are the product of accidents of history,” he said.

In its place, Dr Harris advocates a new system of powers delegated by a single national government, under which functions are allocated to local and regional governments on a rational basis, the distribution of which can be amended in the light of changing needs.

Dr Harris concludes with the important argument that to make constitutional change more likely, we need to improve civics education which, he said “is descriptive rather than critical and does not equip people with the background knowledge necessary for constitutional debate”.

“The great paradox of Australians’ disenchantment with the political system is that they are highly susceptible to fear-mongering about constitutional change by those same politicians in whose interests it is to maintain the status quo,” Dr Harris said.

“Disillusionment with the current system needs to translate into the courage to discuss alternatives.”

Free registration for the launch and access to the ZOOM webinar are available via Eventbrite on the Social Sciences Week Website. Attendees will be able to ask questions via the chat box function after the presentations by Dr Hewson and Dr Harris.

Charles Sturt University is a partner of Social Sciences Week and information about the other events Charles Sturt is hosting during the week will be made available on the University’s news site.

Dr Bede Harris is a Senior Lecturer in Law and Law Discipline Head in the School of Accounting and Finance at Charles Sturt University.  He has taught constitutional law in South Africa, New Zealand and Australia. In 2001 Bede was awarded a Fulbright Senior Scholarship to participate in a program of constitutional law studies in the United States. His main area of research is constitutional reform.  He has made numerous submissions to legislative inquiries on matters such as constitutional recognition of the rights of Indigenous people, electoral matters and human rights.

Dr John Hewson has had careers in academia, bureaucracy, business, politics, and the media. He is currently a Professor in the Crawford School of Public Policy at ANU, and an Adjunct Professor at Curtin, UTS, Canberra and Griffith Universities. In politics he has served as Advisor/Chief of Staff to two Federal Treasurers and Prime Minister, as Shadow Finance Minister, Shadow Treasurer, Shadow Minister for Industry and Commerce, and Leader of the Liberal Party, and of the federal Coalition in Opposition.

local_offer All Local News Law and Justice Society and Community