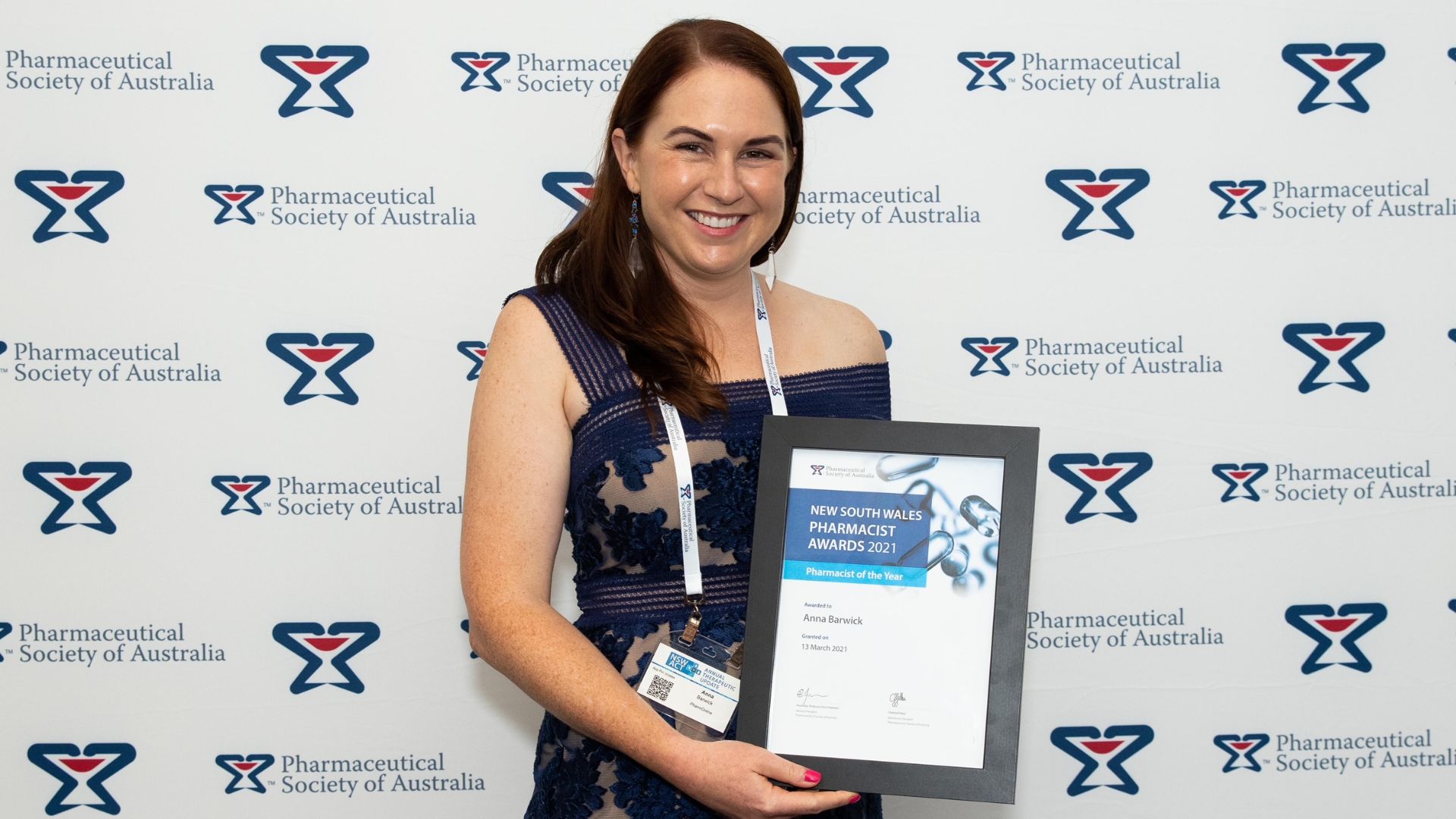 Charles Sturt alumna named NSW Pharmacist of the Year by the Pharmaceutical Society of Australia for her work in telehealth and rural NSW.

She graduated in 2008 with a Bachelor of Pharmacy (Honours) from Charles Sturt University in Orange in the first pharmacy cohort.

She is currently an academic at the University of New England and PharmOnline business owner.

Her commitment to rural healthcare is what garnered her the title of Pharmaceutical Society of Australia (PSA) NSW Pharmacist of the Year.

“I was very honoured to be nominated and selected for this recognition by my professional peers,” she said.

“I was surprised to receive the award, as the past year has seen many pharmacists go above and beyond to serve their communities through drought, fires and the pandemic.”

Mrs Barwick wants to continue to connect people with medication experts and highlight the role of pharmacists in rural and remote NSW.

“I have an ambition to have a pharmacist available in every home in Australia by 2022,” she said.

“Whenever a medicine cabinet squeaks open, a pharmacist should, and can, be there through a video consultation with a pharmacist at PharmOnline.”

“I was delighted to see the recognition of Mrs Anna Barwick as NSW Pharmacist of the Year 2021,” Professor Simpson said.

“She is such a committed pharmacist, academic and amazing young woman … it was my pleasure to know her through her undergraduate education.”