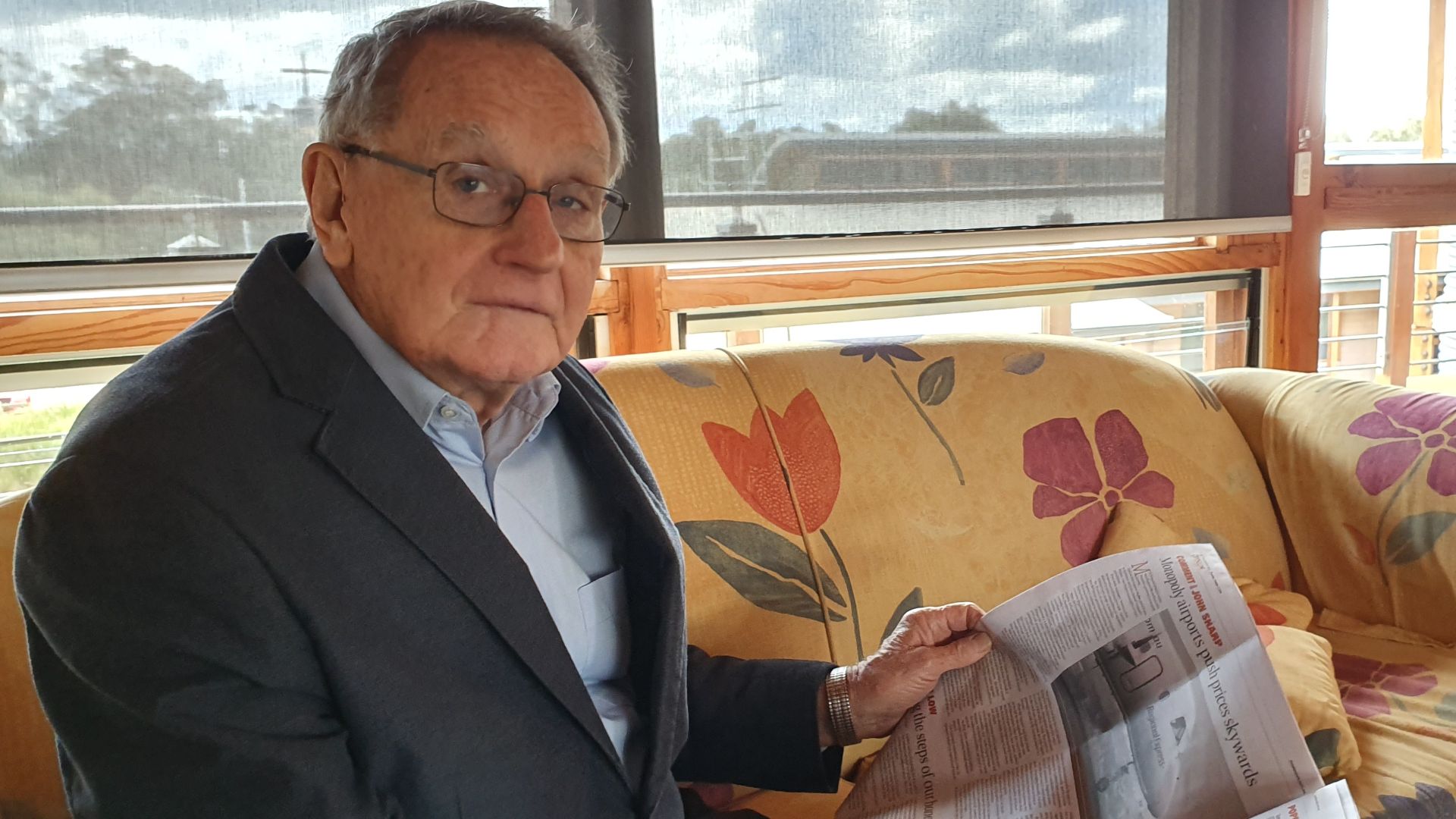 Associate Professor Bruce Pennay's professional and personal pursuits have aligned with the University’s goals of enriching the lives of regional Australians.

More than two decades working at Charles Sturt University (Charles Sturt) and its predecessor institution and a further 21 years of service post-retirement will be rewarded when Associate Professor Bruce Pennay (pictured) is conferred an Honorary Doctor of Arts (honoris causa).

In the citation supporting Professor Pennay’s nomination for the honour, it was noted that both his professional and personal pursuits had aligned with the University’s goals of enriching the lives of regional Australians.

“Professor Bruce Pennay represents the values that Charles Sturt University promotes within the University and with our regional communities,” the citation read.

“He has for many years lived these values through his professional work and engagement with communities.

“His contributions in the Albury-Wodonga area support the values of the University and provide an invaluable link to the wider community.”

“Professor Pennay’s service to the University, and his commitment to the community of Albury-Wodonga, are both on a scale that few others can match,” Professor Vann said.

“The mix of his scholarly work and community engagement activities have been to the benefit of countless colleagues, students and community groups.

“It is on behalf of Charles Sturt University and with no small amount of pride that I congratulate him on this recognition.”

When his full-time employment with the University ended after 22 years in 1998, Professor Pennay became an Adjunct Associate Professor and took up state-wide responsibilities within history and heritage.

He served terms as a councillor of the Royal Australian Historical Society, and as an appointee on the NSW Heritage Council History Advisory Panel from 2004 to 2011.

With support from councils and funding sponsorship from the Murray Darling Basin Authority, he arranged commemorative activities to mark the centenary of Hume Dam on 28 November 2019. The mini-conference he organised involved 10 speakers and attracted 200 people.

Professor Pennay said he was “pleased to be honoured” but paid tribute to the efforts of others in furthering his career and his causes.

“I feel the award is also a recognition of the efforts of many people who struggled to secure and advance a higher education presence in Albury-Wodonga, and then helped establish a university campus engaged in developing a vibrant regional culture,” he said.

“I am grateful to the School of Environmental Sciences and the Institute of Land Water and Society which have encouraged my interest in the historic environment and heritage.

“I am also grateful to colleagues in other faculties and university units which have collaborated with me in several really worthwhile projects.

“A wide set of fellow historians, museum and heritage place curators have helped me pursue and refine my interest in post-war immigration. That interest stems from my feeling that immigration is a central question of this time.

“This age is a time of people churn world-wide - it is appropriate to reflect on how the community went about and still goes about taking in strangers, at the neighbourhood level.”

Professor Pennay is the husband of Marie, the father of the nine, and the grandfather of 17 children.

The Honorary Doctorate will be conferred at the Charles Sturt graduation ceremony at 9.30am on Wednesday 18 December at the Albury Entertainment Centre, 525 Swift Street, Albury.

For more information of to arrange interviews with Associate Professor Bruce Pennay contact Charles Sturt Media’s Dave Neil on 0407 332 718 or at news@csu.edu.au