Recently published joint research by scientists at CSU and the Federal University of Minas Gerais in Brazil shows that carbohydrate beverages as a sport performance enhancement aid have no effect, and can be detrimental in some instances. 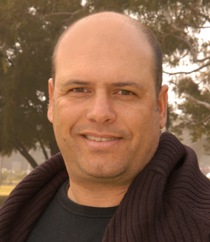 Recently published joint research by scientists at Charles Sturt University (CSU) and the Federal University of Minas Gerais in Brazil shows that carbohydrate beverages as a sport performance enhancement aid have no effect, and can be detrimental in some instances.

Professor Frank Marino, Head of the CSU School of Human Movement Studies in Bathurst, said the findings are so controversial it was always going to be difficult to publish the findings.

The study, titled 'The effect of double-blind carbohydrate ingestion during 60 kilometres of self-paced exercise in warm ambient conditions', was published in the journal PLOS One - Public Library of Science in August 2014.

"We went for an open access journal so that the information would be freely available rather than be hidden elsewhere," Professor Marino said.

"Editors of other journals were extremely reluctant to publish what they considered were 'negative findings', meaning they were possibly contrary to popular wisdom."

This study used a complex standardised laboratory-based methodology to evaluate double-blind ingestions of either a placebo or a six per cent carbohydrate, either as capsules or beverage, by 10 well-trained male athletes during 60 kilometres self-paced cycling in the heat (32°C and 50 per cent relative humidity).

The subjects completed four separate 60-kilometre time trials punctuated by one kilometre sprints (at 14, 29, 44, 59 kilometres) while ingesting either a capsule or beverage form of placebo or carbohydrates.

"We conclude that carbohydrate ingestion is of little or no benefit as a beverage compared with placebo during 60-kilometre time trials in the heat," Professor Marino said.

"Since subjects in our study were well-trained competitive athletes, our findings and those of others suggest that individuals competing in events lasting up to two hours are not likely to gain an advantage by supplementing with carbohydrate during exercise.

"As the difference in time to complete the 60-kilometre time trial in the heat was not improved with ingestion of carbohydrate as either beverage or capsule compared with placebo, it appears that given the opportunity to self-pace over a long duration, externally derived (exogenous) carbohydrate availability might play little or no role in improving performance in fed subjects.""This would not be news to the sports drink industry, given they are now marketing calorie-free drinks. Since sports drinks are supposed to provide energy, usually in the form of carbohydrates, a calorie-free drink seems a little dubious or at least disingenuous – I'm not sure why these would be better than just plain water."