The success of CSU in securing a University Department of Rural Health is being hailed as a win for strong, vibrant and resilient communities in regional Australia.

The success of Charles Sturt University (CSU) in securing a University Department of Rural Health is being hailed as a win for strong, vibrant and resilient communities in regional Australia. 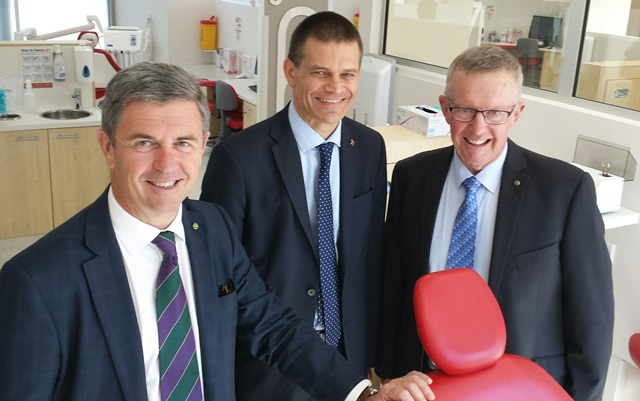 Academic partners in the Three Rivers UDRH are the University of NSW, Notre Dame University and Western Sydney University.

"Ultimately it aims increase the capacity of our regional communities to offer more quality clinical placements for allied health students across a range of programs from occupational therapy, to medical radiation sciences, nursing, physiotherapy, pharmacy, podiatry, paramedicine, and social work.

"Importantly, it will be based across Charles Sturt University's significant footprint in regional NSW - from north of Dubbo, south to Albury encompassing both the Murrumbidgee and Western Local Health District Primary Health Networks.

"This program will build on our ongoing bid for the Murray Darling Medical School which is also based on the importance of training regional students to work in regional settings.

"Support for the Three Rivers UDRH includes 26 organisations such as local councils, educators and healthcare providers.

"At the heart of the work of the Three Rivers UDRH is the education and training in regional Australia of a future rural health workforce for a 'world with living in'.

"This is consistent with our ethos captured in the Wiradjuri phrase, 'yindyamarra winhanganha' or the wisdom of respectfully knowing how to live well in a world worth living in."

The Three Rivers UDRH will have physical hubs at CSU in Orange and Wagga Wagga.

It's named after the three rivers of the Wiradjuri Nation on which CSU sits: the Wambool (Macquarie); the Kalare (Lachlan); and the Murrumbidgee.

The CSU-led consortium behind the Three Rivers Department of Rural Health was announced by the federal Assistant Minister for Health the Hon. Dr David Gillespie, MP, at CSU in Dubbo on Thursday 13 April 2017.