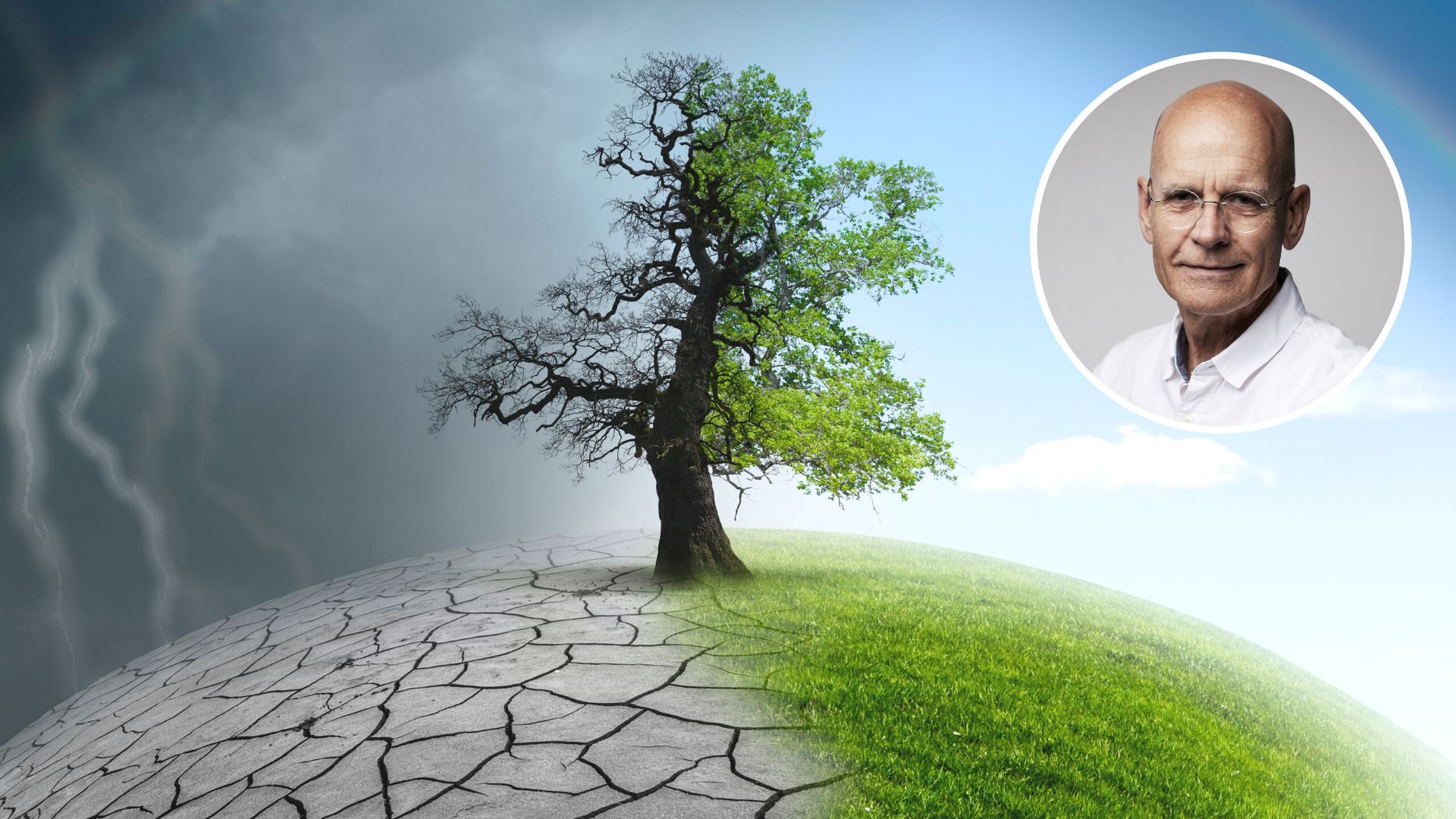 In a commentary published by The Conversation on Thursday 10 November a leading Charles Sturt University academic casts a sceptical eye over the new book The Superpower Transformation by Ross Garnaut.

Ross Garnaut is a big beast in the Australian climate policy world, and a Labor favourite since his days as economic adviser to Bob Hawke. His 2008 Climate Change Review shifted the dial on policy, encouraging the Rudd and Gillard governments to pursue carbon pricing laws.

He fell out of favour when the Coalition, led by Tony Abbott and dominated by climate science deniers, defeated the Labor government in 2013 on the back of a carbon price scare campaign.

Now he is back with a follow-up to Superpower: Australia’s Low-Carbon Opportunity (2019), an optimistic vision to turn Australia into “a global superpower in energy, low-carbon industry and absorption of carbon in the landscape”.

The Superpower Transformation is promoted as a 'practical plan' to put the vision of Superpower into effect. Garnaut has been joined by six experts, who cover various elements of the plan to slash Australia’s emissions to zero and build a new energy economy that will also materially aid the rest of the world.

Australia, Garnaut argues, is blessed with a superabundance of the five endowments we and the world need for the zero-carbon energy and industrial revolution now getting underway.

Garnaut argues that if we follow ‘the Superpower pathway’ not only can Australia reach net-zero emissions well before 2050, we could also export zero-emissions goods and services that could directly reduce global emissions by around 8 per cent.

That’s a big number. As Garnaut points out, it is more than Europe can do by going net-zero. In fact, he says, it is big enough to ‘materially improve’ the world’s chances of preserving “the political order on which we all depend”.

The bold claims multiply. Following the blueprint set out in Superpower Transformation would end the climate wars. It would restore Australia’s lagging prosperity, insulate us from global energy price volatility, bring full employment and rising living standards. It would enhance national security. In short, the Superpower pathway is “a bridge […] from policy incoherence to hope and opportunity”.

If this suggests an evangelising tone to Garnaut’s vision then perhaps we need to glimpse the promised land to keep our spirits up, as the warnings from the scientists become grimmer by the month and the country is ravaged by floods, fires and heatwaves.

Back in 2008, Garnaut’s major review for the states and the Rudd government was very good on the science, but weak on targets. It urged the world to aim for an overshoot strategy of 550 parts per million of atmospheric CO2 before winding back to 450 parts per million, consistent with warming of 2°C. He was heavily criticised for going soft on targets in the pursuit of politically calibrated advice to the new Labor government – advice Australia was meant to take to the world.

Now he has gone the other way. Instead of overshooting, Garnaut has adopted the stringent goal of limiting global warming to 1.5°C, as per the 2015 Paris agreement. With a new federal Labor government that appears to take its climate policy obligations seriously, we can expect this new book to be studied by those helping to formulate and implement policy.

Despite the ambitious goal and bold claims made for the Superpower pathway, when Garnaut gets to actual policy advice he becomes more cautious. He tiptoes along what he sees as a feasible path. On the touchy subject of banning new coal mines and gas fields, he says we should not interfere in the investment plans of private corporations, although we should make them pay for their fugitive emissions.

Garnaut takes the view that the massive emissions from Australia’s exports of coal and gas are not our business, because the nations that burn them are responsible. It is a position consistent with the Kyoto rules and the government’s stance, but it is increasingly out of step with progressive climate thinking.

Still, when he doesn’t have an eye on the Albanese government, the visionary goal of Garnaut’s blueprint for Australia’s future shines through. When we get to the end of his long opening chapter (admittedly a slog), we emerge feeling uplifted and encouraged.

When we turn the page to Chapter 2, however, we step out of the warm bath of hopeful possibilities and into a cold shower of real emissions trajectories.

A chapter written by Malte Meinshausen – perhaps Australia’s leading authority on budgets and pathways – and his colleagues Zebedee Nicholls, Rebecca Burden and Jared Lewis crunches the numbers on the world’s and Australia’s permissible carbon budgets. It sets out to answer the question: “Will the transition be swift enough to avoid catastrophic climate outcomes?”

While progress has unquestionably been made since the 2015 Paris conference, a far-reaching direction change in each of the big polluting nations must occur this decade if there is to be a chance of getting anywhere near 1.5°C.

Meinshausen and his co-authors consider what would be needed if Australia is to do its fair share – a share that was determined in the 2014 report of the Climate Change Authority to be 0.97 per cent of the global carbon budget (I was a member of the CCA at the time). They tell us bluntly that the new government’s 43 per cent by 2030 target is inconsistent with our international commitments.

In fact, across the globe, national targets are ‘woefully inadequate’ and Australia is certainly not up there with the leaders. We may no longer be a laggard, but we are loping along in the middle of a slow-moving pack.

The authors also tell us that “strong policies are needed to get Australia most of the way to net zero by 2035”. Yes, 2035. That is the year by which the bulk of the emission cuts need to be achieved.

The remaining cuts get much harder, requiring a ladder or two to access the high-hanging fruit. The authors don’t say it explicitly, but the message is pretty clear. Australia will not cut its emissions deeply enough and quickly enough to make its fair contribution to the global goal of limiting warming to 1.5°C.

Garnaut is upbeat about the possibilities for storing a lot more carbon in Australia’s soils and vegetation, and he is supported by a rose-coloured chapter on land carbon by Isabelle Grant.

But Meinshausen and his colleagues, in a concise and hard-hitting breakout box, remind us that any offsets from sequestration must be genuine and permanent. Permanent means that wherever we put the captured carbon, it must still be there in 1,000 years if it is to offset emissions from burning fossil fuels.

They are sceptical. Take forests: they must be free from fires, disease, droughts and beetle attacks, all of which are more likely in a warming climate. The authors note that only putting carbon into safe and secure geological reservoirs “comes with a high likelihood of permanence”.

In a crushing final two pages, they conclude that under any reasonable or even optimistic set of assumptions, the Superpower pathway cannot be achieved. Instead, Australia will have to do things beyond cutting domestic emissions if we are not to be punished by the international community.

What things? We could contribute more to the ‘loss and damage’ fund to help poor countries cope with the disasters we have helped cause. We could send green technologies and energy transition minerals to developing countries (not for free, of course). Finally, we could compensate for our excessive consumption of the global emissions budget (which has left less for others) by “a strong program in sustainable negative emissions”.

This is a bit odd, since the authors have basically canned land-based sequestration, and geological carbon capture and storage at scale remains a pipe-dream, not least because it would entail the construction of a vast and resource-intensive industrial infrastructure to offset some of the damage being caused by the other vast and resource-intensive industrial infrastructure.

By the end of chapter two, we wonder whether the hope Garnaut kindled in us is, in fact, hopium.

Superpower Transformation is an important contribution to the extensive energy transition literature.

Yet, like most of that literature, it implicitly characterises climate change as an externality or unpriced cost (a very big one) of an otherwise functioning system.

As an orthodox economist, it is no surprise that Ross Garnaut should have faith in the prevailing political-economic system and the perpetual economic expansion on which it relies. In fact, rather than question the sustainability of the growth project, one of the promises of Superpower Transformation is that it will increase Australia’s rate of economic growth.

It is uncomfortable to be reminded that, of the nine planetary boundaries that delimit the safe operating space for human societies to continue flourishing, four have already been breached and one more, ocean acidification, almost certainly will be.

The planet’s regenerative capacity and its ability to absorb our waste are now stretched way beyond sustainable limits.

The huge investments that will go into the new energy revolution, with a disproportionate amount in Australia, will reduce carbon emissions. Yet the resources needed for the energy transition, and the waste generated by it, are both enormous. The volumes of alumina and iron ore needed to enable the necessary expansion of the electricity transmission network are alone staggering.

There is a chapter in Superpower Transformation by geology professor Mike Sandiford that begins by hinting at the dark side to decarbonising the economy – that is, the “extraordinary increases in supply of the critical energy transition metals”. But the chapter peters out without coming to grips with how that can work.

Garnaut estimates that the solar farms needed for net zero in Australia would cover 3.75 million hectares – “shockingly large”, he writes.

The life span of solar panels is 25-30 years, meaning they have to be replaced with new ones every 25-30 years, or perhaps much sooner because newer ones are better. That means bulldozing the landscape across Western Australia and Queensland to extract the metals needed to replace the solar panels, a process that will never end.

At present, it costs around US$20-30 to recycle a solar panel and $1-2 to send it to landfill. Unless rapid progress is made on recycling technologies for solar panels, we will soon face an enormous waste disposal problem, a “solar trash wave”.

Human population is almost eight billion and is expected to reach almost 11 billion by the end of the century, with each human on average consuming more of the planet’s remaining resources.

Already, the stresses on the oceans are reaching extreme levels. Some 90 per cent of global fish stocks are fully exploited or overexploited. The oceans are warming and acidifying. In places, they are heavily polluted and contaminated by plastics.

So, there is something wrong with the system that drives our economy and guides our lives. We need technofixes such as those detailed in Superpower Transformation, yet the fear remains that investment in clean technologies can never keep up with the resource demands of exponentially rising global consumption.

Something’s gotta give: either humans radically change the way we live on the planet or the Earth system that sustains us will break beyond repair, if it hasn’t already.

This article by Professor Clive Hamilton was first published by The Conversation on Thursday 10 November about the new book The Superpower Transformation by Ross Garnaut.