CSU News
CSU News Opinion The sun’s shining and snakes are emerging, but they’re not out to get you. Here’s what they’re up to 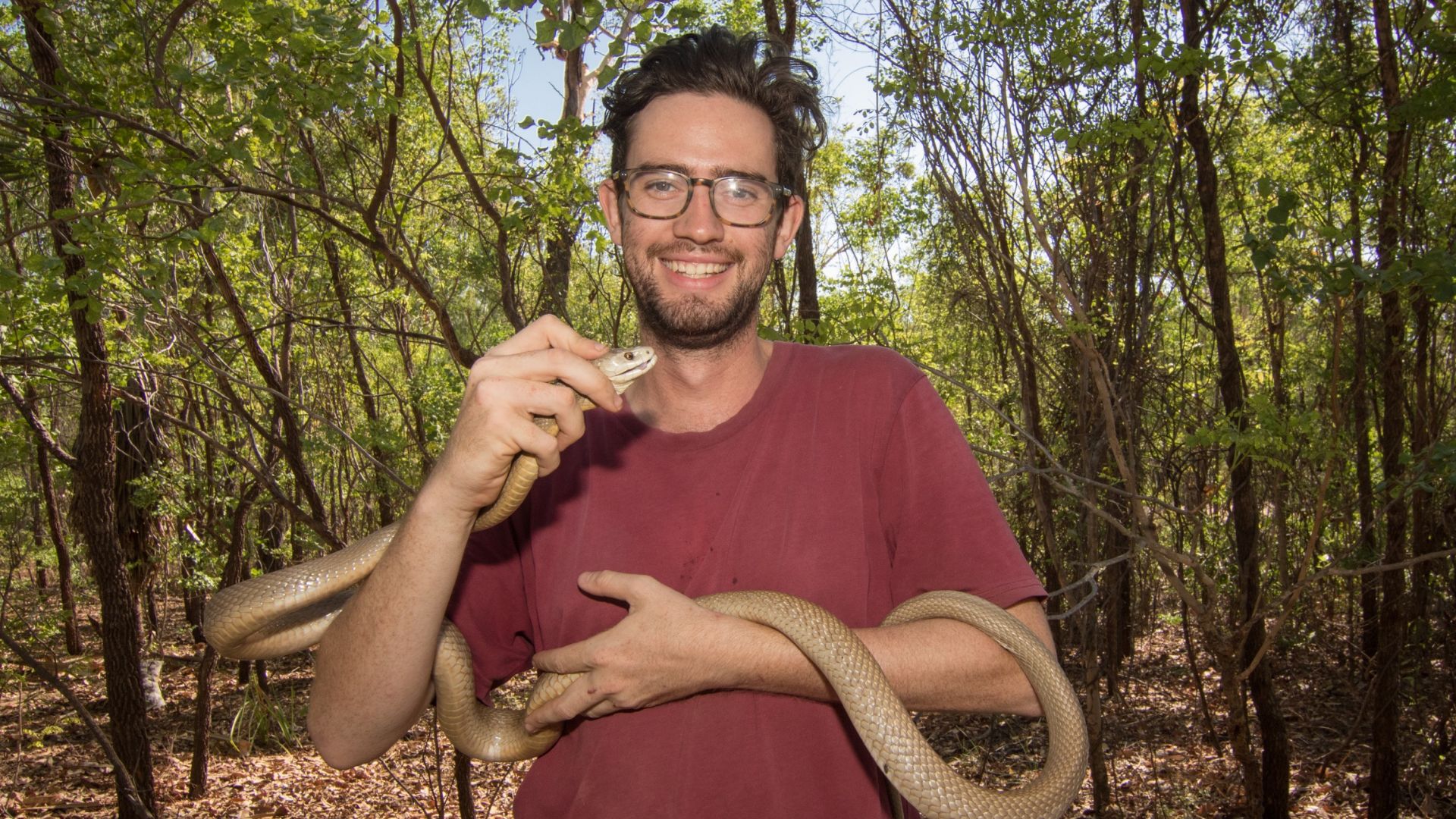 A Charles Sturt University researcher has contributed to a study on snake behaviour and what makes them hiss. Knowing the circumstances and environmental factors that influence their behaviour could one day save your life!

It’s early spring in southern Australia and the sun is, gloriously, out. You decide to head to your local patch of greenery – by the creek, lake, or foreshore – with the sun on your face, the breeze in your hair, and your dog’s tongue blissfully lolling.

Suddenly you see it. Paused on the path just a few meters in front of your feet, soaking up those same springtime rays — a snake.

Love them or loathe them, snakes have been co-existing with, and haunting us, since well before our ancestors called themselves “human”. From the  subtle tempter of Genesis to the feathered serpent deities of Mesoamerica, snakes have always been potent symbols of otherness.

Today, to encounter a snake is to brush up against the wild and mysterious heart of the natural world. Snakes are important members of every terrestrial ecosystem across Australia. Even in the most populous parts of the country, snakes inhabit the remnant bushland dispersed throughout our major cities.

But what exactly influences human–snake interactions? Whether you’re hoping to maximise your chances of seeing one of these shy, fascinating critters or wanting to avoid them at all costs, this article is for you.

In southern Australia, a flurry of animal activity occurs in spring. As resources start becoming plentiful after the relatively lean months of winter, spring is the reproductive season for many plants and animals.

One such resource is heat — a particularly crucial resource for organisms such as reptiles, which don’t make their own body heat (unlike mammals). It’s a common misconception, however, that snakes want as much heat as they can get. Like Goldilocks, snakes want the temperature to be just right.

Southern springs are the right temperature for snakes to bask during the times of day we humans are also out and about. In summer, snakes, including venomous species such as tiger snakes and brown snakes, are typically more active very early in the morning, late in the evening, or during the night when temperatures are not too high for them.

After a slow winter, snakes are both hungry (they may have been fasting for months!) and on the lookout for eligible members of the opposite sex. Basking, hunting, and searching for a mate brings snakes out into the open in spring a bit more than at other times of year, so we’re most likely to encounter them during this time.

Like all things, snake activity is a little different in the north. Spare a thought for those poor northern Australians who will never know the joys of a snake-filled springtime.

Still, the north has far more snake species than the south, including many species of non-venomous python — the farther south you go, the more our snake fauna is dominated by venomous species (check out Australian Reptile Online Database for distribution maps).

Because of the unforgiving year-round heat across northern Australia, temperature doesn’t drive snake activity as it does in the south. You will rarely see a basking snake in Australia’s Top End, they’re too busy avoiding the heat.

Instead, snake activity is driven by another important resource – rain. In the Top End, this means snakes are most often encountered following the wet season (April–June) when prey and water abound.

In other, more arid “boom and bust” systems, large rainfall events may only happen every five to ten years. When they do, they can trigger huge flurries of snake activity as the serpents emerge to take advantage of fleetingly available prey.

From the moment of birth, all species of snake are predatory, although some, like shovel-nosed snakes, prey only upon eggs.

In some terrestrial Australian ecosystems, snakes are near the top of the food chain. After reaching a certain size, they have few predators of their own. A two-metre coastal taipan in the cane fields of northern Queensland, for example, has more to fear from harvesters than it does from any natural predator.

For large snakes to persist in an environment, they need an abundance of their prey (mice, frogs and lizards), as well as all the species their prey feed upon (invertebrates, even smaller animals, or plants).

Snakes often also have specific habitat requirements. In general, they need shelter and protection from bigger predators, which might include birds of prey, predatory mammals such as native marsupials or introduced cats and foxes, or other snakes. They also need opportunities for safely regulating their body temperature.

This means a snake will only call a place home if it has both a functioning food-web and the necessary habitat complexity. So remember, if you see snakes in your backyard or local park, it’s a sign the ecosystem is doing pretty well.

Snakes don’t want to bite you

Snakes are awesome predators, but no Australian snake is interested in eating a human. In fact, they want as little to do with us giant hairless apes as possible.

Why? Because snakes are actually quite vulnerable animals. Compared to many other species, they are small, have no sharp claws or strong limbs, and limited energy to put up a fight — they are basically limbless lizards with different teeth.

For those that possess it, venom is a last resort and only a minority of species —such as taipans, brown snakes, tiger snakes, and death adders — can deliver a life-threatening bite to a person. But snakes would much rather use their venom to subdue prey (that’s what they have it for) than to defend themselves.

When snakes bite humans in Australia, it’s a defensive reaction to a large animal they view as a potential predator. Remember, they can’t understand your intentions, even if those intentions are good.

If you’re lucky enough to see a wild snake, and if you respect its boundaries and give it personal space, it’s sure to do the same for you. Keep dogs on the lead in snakey areas and educate your kids to be snake-smart from as young as possible.

Even though snakes don’t want to bite, snakebite envenoming can be a life-threatening emergency. Learn first aid, and when you go for a walk in one of those sanctuaries of greenery that snakes like as much as we do, carry a compression bandage (or three).

It’s almost certain you will never need it, but it could just save a life.

For further information or interviews with Dr Chris Jolley, please contact Trease Clarke at Charles Sturt Media on news@csu.edu.au or via 0409 741 789.