ILWS Director at CSU, Professor Max Finlayson, reports on the current state of the world's wetlands and what can be done to look after the remaining areas.

* CSU’s Institute for Land, Water and Society provided considerable input to the Outlook

What is the importance of the world’s wetlands, what is their current state, and what can be done to look after the remaining wetlands?

These important global questions are addressed in the Global Wetland Outlook: State of the world’s wetlands and their services to people, which was presented at start of the 13th Conference of the Contracting Parties to the Ramsar Convention on Wetlands, in Dubai, UAE, on 21 October. 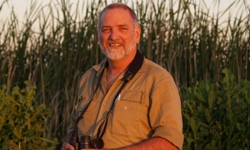 “Urgent action is needed at the international and national levels to raise awareness of the benefits of wetlands, put in place greater safeguards for their survival, and ensure their inclusion in national development plans,” said Professor Finlayson, a lead author of the Outlook document.

“Wetlands have a total economic value greater than any other major habitat. They provide us with water, protect us from floods and droughts, provide food and livelihoods to millions of people, support rich biodiversity, and store more carbon than any other ecosystem.

“Yet the value of wetlands remains largely unrecognized by policy and decision makers, with up to 87 per cent of the global wetland resource lost since 1700, where we have data. 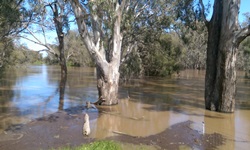 “We lose wetlands three times faster than native forests, and so the plants and animals that depend on them are in crisis, with a quarter of these species at risk of extinction,” Professor Finlayson said.

“The quality of remaining wetlands is also suffering from issues ranging from poor drainage, pollution and invasive plants and animals, to unsustainable water use, disrupted flow regimes and climate change.”

The Outlook identifies key steps in conserving and regaining healthy wetlands, which include:

* enhancing the network of Ramsar Sites and other wetland protected areas;

* strengthening legal and policy arrangements to conserve all wetlands;

* applying economic and financial incentives for communities and businesses;

* ensuring participation of all stakeholders in wetland management; and,

* improving national wetland inventories and tracking the extent of wetlands.

“The Outlook is designed to support the Ramsar Convention’s Strategic Plan to stop and reverse the degradation of wetlands and their ecosystems services or benefits they provide to people,” Professor Finlayson said.

This is the first Outlook to be produced by the Ramsar Convention, which first came into force in 1975. The Convention is the only international treaty on wetlands and has 170 Contracting Parties or member countries.

Professor Davidson also spoke at the Climate management, adaptation and key legal issues for Ramsar wetlands conference event led by the international Society of Wetland Scientists on 26 October in Dubai.

For interviews with Professor Finlayson, who is based at CSU in Albury-Wodonga, contact CSU Media.