In terms of gender balance in agricultural education the scales have tipped but more is needed to support women in the workforce, says CSU Emeritus Professor Jim Pratley. 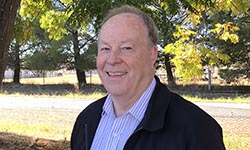 In terms of gender balance in agricultural education the scales have tipped but more is needed to support women in the workforce, says Charles Sturt University (CSU) Emeritus Professor Jim Pratley.

Professor Pratley will present a paper, 'Agriculture – from macho to gender balance' at the Australian Agronomy Conference next week in Ballarat in Victoria.

"For 100 years, agricultural education in Australia was provided for males only," Professor Pratley said.

"Specialist agricultural high schools and post-secondary agricultural colleges were established but in almost all cases the early versions of these institutions described their mission as educating boys, lads or young men.

"From the 1970s onwards women were admitted to almost all agricultural education institutions but it took until 2003 for gender balance become a reality in university agriculture. This was some 15 years after gender balance had been reached across the university sector."

Professor Pratley said agriculture can now be considered one of the success stories of gender balance, particularly in respect of agricultural education and training.

"Since 2003 female enrolments in Australian universities in agriculture has exceeded enrolment by males.

"Agriculture gender percentages are now on par with the average enrolments across all areas, and similar to those in commerce and the sciences."

He said while the 'blokey' image for agriculture is dissipating, the sector does need to evaluate whether it truly provides the working arrangements to benefit fully from the talents of its women.

"In general, women still continue to earn less than men, are less likely to advance in their careers as men do, and they accumulate less superannuation.

"Flexible working arrangements and support for employees with family responsibilities are critically important for support of women in the workforce."

Professor Pratley is Secretary of the Australian Council of Deans of Agriculture and is plant pathway systems leader at the Graham Centre for Agricultural Innovation.