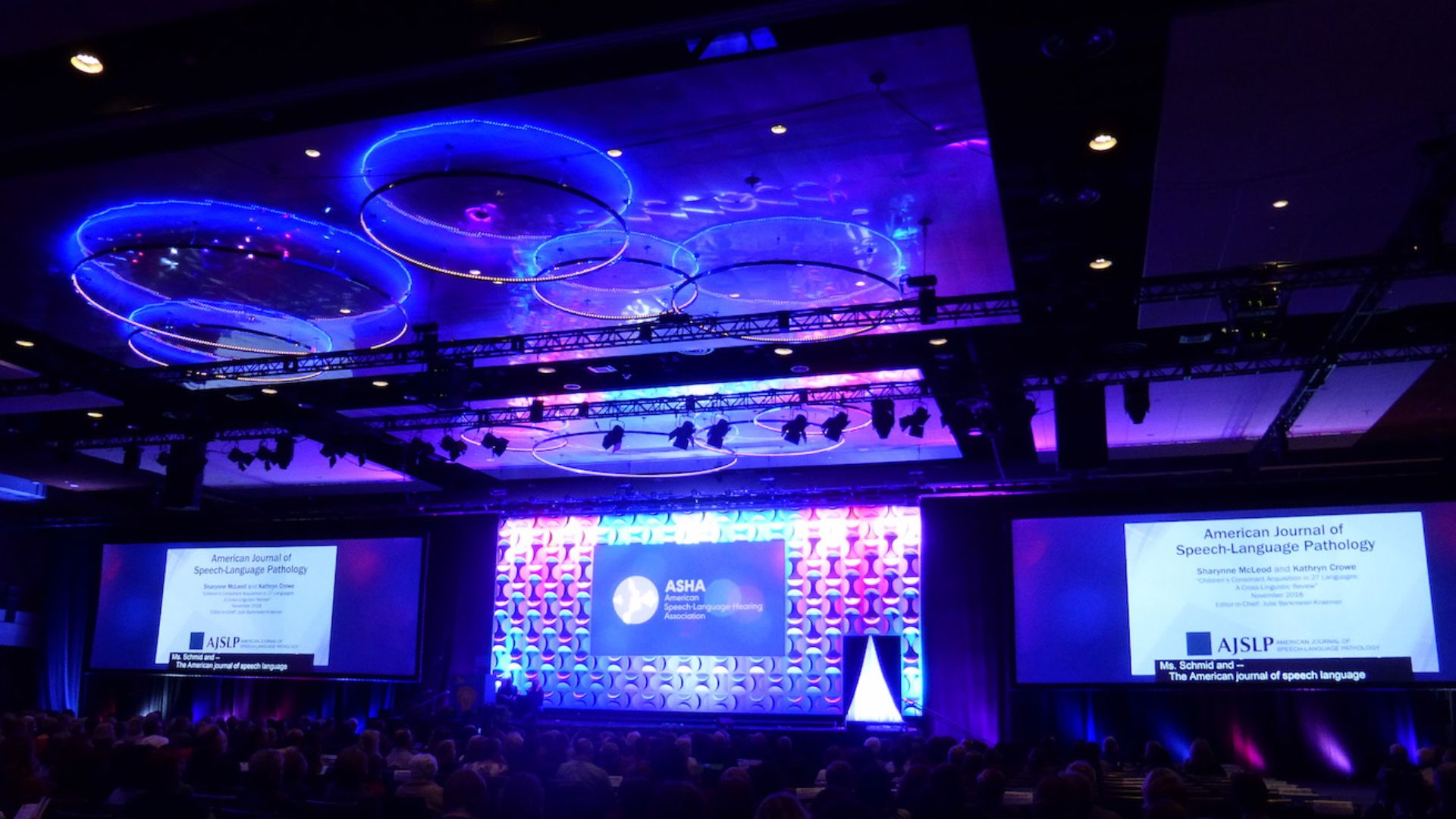 Charles Sturt University speech and language acquisition researchers have been honoured with an international award for the best paper published in 2018. 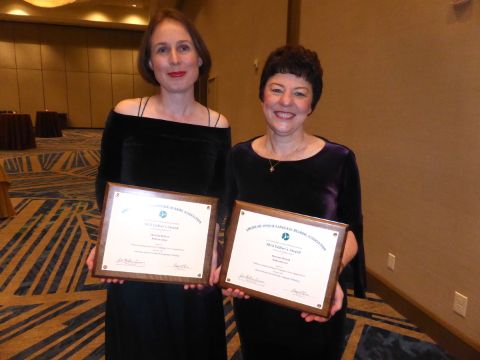 Charles Sturt University (Charles Sturt) speech and language acquisition researchers have been honoured with an international award for the best paper published in 2018.

Professor of Speech and Language Acquisition in the Charles Sturt School of Teacher Education Sharynne McLeod and colleague Dr Kate Crowe, a former Fulbright Scholar who obtained her PhD at Charles Sturt, were celebrated at a recent international conference in the United States for their research article, ‘Children’s consonant acquisition in 27 languages: a cross-linguistic review’.

The editor-in-chief and editors of the American Journal of Speech-Language Pathology selected their paper as the winner of the 2018 Editor’s Award.

An Editor’s Award is truly a high honour, with selection limited to the most impactful works that meet the highest quality standards in research design and presentation.

For the acclaimed research article, Professor McLeod and Dr Crowe reviewed 60 studies of children’s consonant acquisition in more than 26,000 children in 27 languages, including Icelandic.

Dr Crowe is now a postdoctoral researcher in speech pathology at the University of Iceland and also a Charles Sturt Adjunct Research Fellow.

Professor McLeod and Dr Crowe received the award during the Researcher-Academic Town Meeting (RATM) at the 2019 American Speech-Language-Hearing Association (ASHA) Convention in Orlando, Florida (Thursday 21 to Saturday 23 November), and were noted during the main awards ceremony at the convention.

Professor McLeod said, “The American Speech-Language-Hearing Association has more than 204,000 members, publishes four journals, and more than 15,000 people attended the convention, so it was a great honour to receive this award.

“Our paper not only won the Editor's Award, but has been described as the paper that ‘broke’ the speech-language pathology (SLP) internet due to the discussion about the impact it would have on speech and language pathologists’ daily practices.”

For that discussion see: https://speakingmylanguages.blogspot.com/2019/04/impact-apparently-we-broke-internet.html

The researchers aimed to provide speech pathologists, educators, and families with general information on children’s consonant acquisition across languages, and showed, for example, that by age five most children have acquired most of the consonants spoken in their environment. Free posters about the research are available on the Charles Sturt website.

Professor McLeod said families who are concerned that their child is not understood by others, and has difficulty producing speech sounds, can contact their local speech pathologist, locate support through Speech Pathology Australia, or view their new Waiting for Speech Pathology website.

To arrange interviews with Professor Sharynne McLeod contact Bruce Andrews at Charles Sturt Media on mobile 0418 669 362 or via news@csu.edu.au

Photo: Dr Kate Crowe and Professor Sharynne McLeod with their award at the 2019 ASHA Convention in Orlando, Florida, USA.