* 100 students across Australia were named Future Leaders for 2019 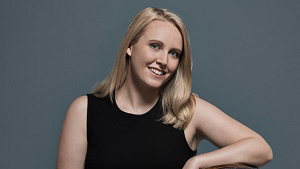 The Quantium Data Science is sponsored by a company called Quantium for students currently studying undergraduate or postgraduate degrees in Australia in the disciplines of Actuary, Mathematics, Science and Statistics.

There were 100 students across Australia including Ms Marriott who were named as the Future Leaders for 2019 by GradConnection. There were ten award sections across a huge discipline of areas and ten finalists for each award.

Ms Marriott who comes from Cumnock in Central West NSW was one of 10 graduates who took out an award, which recognises achievements across the economy, including in engineering, law, consulting, banking and financial services and data analytics.

“I had always been interested in mathematics, ever since I was in primary school it was my favourite subject, and it was the only subject that I enjoyed doing homework for,” Ms Marriott said.

“Then in high school, I had a great mathematics teacher in years 11 and 12, and from there my love for mathematics grew.”

Ms Marriott went through a comprehensive application process which included a set of psychometric tests, a video interview and a final assessment held at the University of Technology in Sydney.

“On the day of the final assessment, I had an interview with two employees from Quantium, during the interview I had to present a presentation and was asked a set of questions.

“After that, there was a group activity to assess our teamwork skills, and from that, the winner was announced that night.”

Looking to the future, Ms Marriott would like to own her own data consulting business and hopes to be a positive role model for all women.

“In addition to all of this, I want to have an influence over closing the gender pay gap as it is a big issue in Australia.”

“There are so many amazing students at CSU that I have had the pleasure of meeting that would be amazing competitors for this competition.”