Dr Geoffrey Currie conferred Member of the Order of Australia 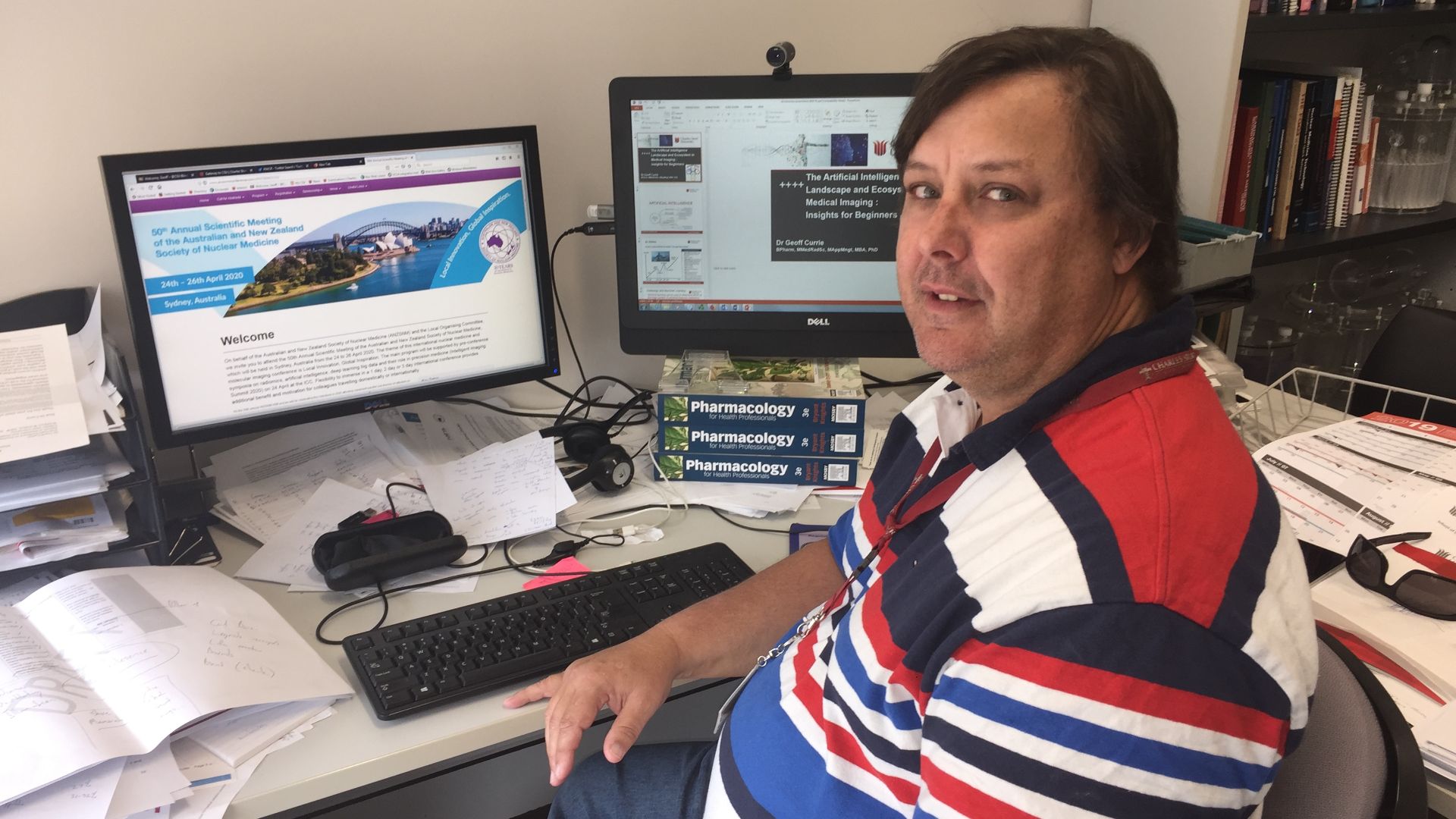 Dr Geoffrey Currie was conferred a Member of the Order of Australia (AM) on Australia Day for significant services to nuclear medicine and medical radiation sciences.

A Charles Sturt University academic was acknowledged for his work in the field of nuclear medicine in the Australia Day Honours on Sunday.

Dr Geoffrey Currie (pictured) was conferred a Member of the Order of Australia (AM) on Australia Day for significant services to nuclear medicine and medical radiation sciences.

The award recognised Dr Currie’s work to re-engineer nuclear medicine scientist training, advanced training and scope of practice; redefine lobbying and representation of the industry, particularly for those geographically or professionally isolated; re-imagine the role of the nuclear medicine scientist in research and education; and re-energise professional commitment to enhancing communities.

“For almost two decades at the University, and in his previous careers and endeavours, Dr Currie has displayed a commitment to impactful research and applications of nuclear medicine,” Professor Vann said.

“Through his dedication and innovation Dr Currie has shown himself to be an inspirational leader in his chosen field, delivering a raft of tangible results that have improved medical outcomes for practitioners and patients here and abroad.

“On behalf of Charles Sturt University, I heartily congratulate him on his well-deserved acknowledgement.”

Dr Currie is an Associate Professor in Nuclear Medicine in the School of Dentistry and Health Sciences at Charles Sturt in Wagga Wagga.

He said it was an honour and a privilege to be able to advocate for the nuclear medicine industry in Australia, as well as internationally, particularly in the USA and Canada.

“To be nominated by my nuclear medicine peers and recognised for the leadership and innovation I have provided is humbling but gratifying,” he said.

“I have been very fortunate to have been gifted with amazing opportunities for clinical practice, research and education associated with frontier technologies that, with hard work, change the lives of many Australians.”

Dr Currie commenced his career at Charles Sturt in 2002, and has research and teaching interests across medical radiation sciences and health generally, having produced more than 150 peer-reviewed journal papers.

He said his work and achievements have been made possible by the importance the University places on producing research and students that make positive impacts in their communities.

“My commitment to enhancing nuclear medicine, and more broadly medical radiation science, is supported by the vision and commitment of Charles Sturt University,” he said.

“The University values and celebrates activities that provide positive impacts on communities, so I am delighted that this award recognises alignment with that important value.

“It has been a lot of work, and my motivation has been extrinsic. It’s about improving my profession and the people my industry serves and, in doing so, improving the lives of our communities.

“This is my contribution to the Charles Sturt’s mantra of Yindyamarra Winhanganha – ‘living well in a world worth living in’.”

Mrs Elizabeth Macdonald Mourik, a communications tutor in speech pathology programs at Charles Sturt since 2016, was awarded a Medal of the Order of Australia (OAM) for her outstanding service to education, while former Queensland Police Service Commissioner Mr Ian Stewart APM, who was awarded an Honorary Doctor of the University in December 2019, was named an Officer of the Order of Australia (AO) for his distinguished service to law enforcement.